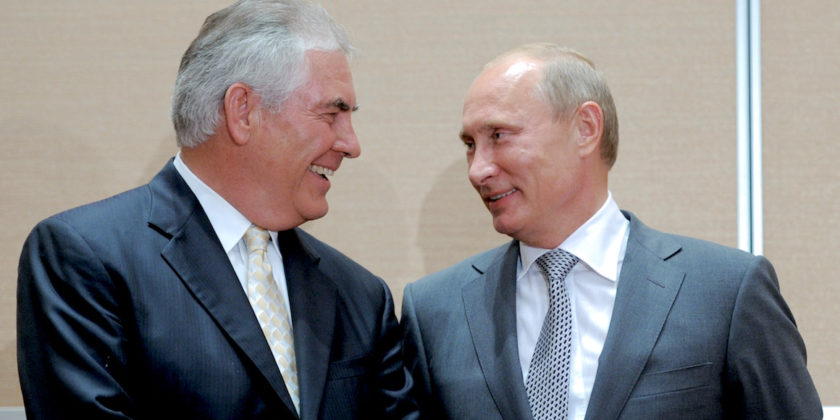 Comments Off on Where is the Syrian crisis heading?
With the US strike on Syria this week the Syrian crisis appears to have returned to its original dynamic. The escalation towards Syrian president Bashar al Assad is once again central to the US position and has brought it back in line with other countries that up until now have not been on good terms with the new Trump Administration. As a result we have seen the G7 Ministerial Summit entrust US Secretary of State Rex Tillerson as the representative of not just of the G7 countries, but also Gulf and other neighboring countries to deliver a message to Moscow regarding their position towards Assad and the rules for a new political solution.
It is important to see the US strike in Syria as a political message not as war message. The target, location, style of attack and that they informed the Russians of the attack demonstrate that the US wanted to send a clear message regarding its new position in Syria. Direct military action from the US represents a significant change in their role in and the nature of the conflict itself.
The Syrian crisis is even more of a delicate balance now with global pressure on Russia to step back from its support of the Assad regime. Moscow must make the next move, but either way, we are likely to see an escalation on the ground.
The US has achieved multidimensional gains with this strike. Firstly, it has restored alignment of its position with European and Arab allies, who welcomed the strike. It has also blunted the accusations against the Trump Administration around its close ties to Russia, which cost them a National Security Adviser and was threatening the role of Trump’s son in law, Jared Kushner.
In addition, the strike has gone a long way to restore the trust of Israel, whose previous attacks in Syria were seen as a shift in power in the conflict. The strike has signaled a new American military presence in Syria, which could soon be expanded to the liberation of Raqqa.
The pressure on Moscow might not precipitate a political solution in Syria in the short term, but it is a clear challenge to Russia and its allies. The Russian axis in the region are clearly gearing up for an increased American presence in Syria, as it could lead to the US directly confronting the role of Hezbollah and Iran in the conflict, which could greatly escalate tensions with Moscow.
Dr. Amer Al Sabaileh
amersabaileh@yahoo.com