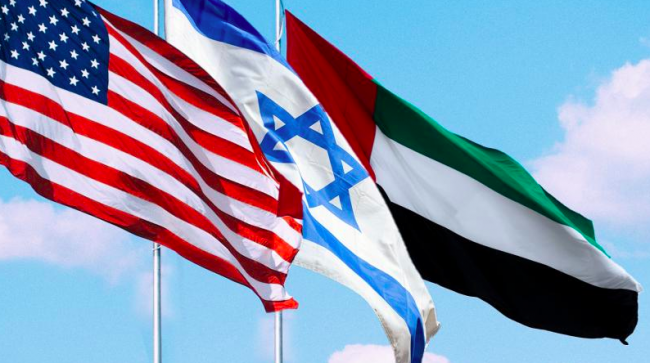 Israel and the United Arab Emirates’ move to establish formal diplomatic ties as Israel has agreed to suspend a plan to annex parts of the occupied West Bank is part of the US objective of warming ties with Gulf Arab states. It was also anticipated following the UAE Ambassador to the US, Yousef al Otaiba’s op-ed in the Israeli media, in Hebrew, which highlighted that “annexation will certainly and immediately upend Israeli aspirations for improved security, economic and cultural ties with the Arab world and with UAE.” The UAE has been leading efforts to break the ice and keep the peace process alive, by offering the normalization of relations as a reward to an Israeli compromise to freeze the annexation and be more open to a return to negotiations.

Tactically, Israeli Prime Minister Benjamin Netanyahu has been keen to widening the circle of peace to an Arab-Israeli deal rather than specific to the Palestinians. Washington adopted his rhetoric around Israel’s need for peace with the Arabs that by default includes the Palestinians. For the American administration this step is also tactically fortuitous as the peace process appeared to have failed in the lead up to the Presidential Election later this year. This agreement with the UAE and Israel demonstrates the Trump’s administration is making important achievements as this is the first peace agreement between Israel and an Arab country since 1994. It appears even more significant as it could open the door for other Arab and Muslim countries to normalize relations, such as Bahrain, Sudan and Oman.

The US plan to mediate between Israel and the Gulf countries began on President Trump’s first visit to the Middle East where he arrived in Tel Aviv from Riyadh, and Netanyahu, on receiving him commented that he looks forward to the day when the plane goes back to Riyadh from Tel Aviv. President Trump’s trip earlier in his term was the beginning of renewed relations with Saudi Arabia and a more public understanding between Israel and Riyadh, as well as other Gulf countries and Arab states more broadly.

This week’s agreement will put more pressure on the Palestinian Authority, as the excuse of Israeli annexation was the key reason they would not return to the table for negotiations, particularly given Trump has never denied the existence of a Palestinian State. This leaves the Palestinians very little room to manoeuvre, and could lead to a more realistic approach to avoid isolation and the risk of deep internal crisis to identify solutions to critical issues for Palestine and the region. While the region more broadly faces many challenges, and security remains one of the most critical, combined with the current need for economic development, mutual interests and cross-borders mega projects are extremely appealing for many countries in the region.

The diplomatic efforts of the UAE highlight its progress in positioning as a regional hub, for culture, art, tolerance, pluralism, start-ups, tourism and economic mega-projects. While there are both positive and negative impacts from these achievements, particularly in the atmosphere of conflict that dominates the Middle East, these challenges do not appear to be an obstacle for the Emirati ambition to play a significant role in the region.