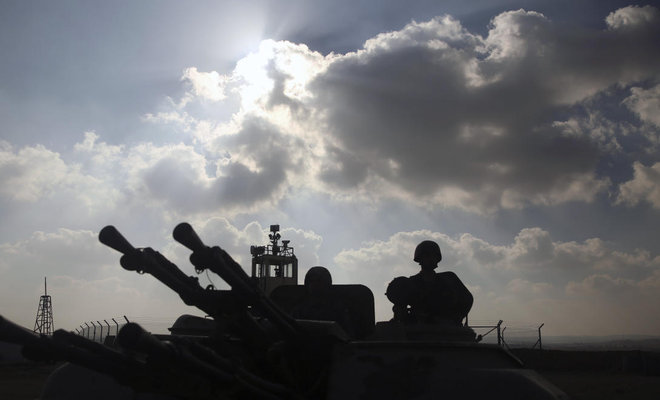 Comments Off on Important in calculating the risk of Daesh
Since the appearance of ISIS in Iraq and Syria over the last few years, journalists have been analyzing the situation. However, the approach of much of the coverage focuses on the number of fighters and their nationalities, which suggests a misunderstanding of the region and its people.
Western journalists have preconceived notions about the universality of the concept of nation states and many fail to understand that nationhood is a relatively modern concept, particularly in the Middle East where society and culture is based on thousands of years of development, at the core of which is a tribal mentality. The history of the region is one of tribes, brought together at various times and in different forms by strong leaders to form region-wide civilizations and empires.
The relevant empire in this situation is obviously the spread of Islam where various methods were used to convert the populations and bring them under the rule of the Caliphate. Over hundreds of years Islam has been overlaid local cultures and customs such that the shared culture across the region is those inculcated through Islam, far more than any modern notion of nationalism.
ISIS is tapping into that shared religious and cultural history to appeal to people across the region. The modern borders that define nation states across the region are not the best frame through which to assess the success of ISIS’ recruitment.
Understanding the origin of the fighters is useful in a practical sense for law enforcement and national security agencies responding to growing levels of radicalization to understand factors such as upbringing and life circumstances, but this is only part of the puzzle. This is demonstrated by estimates that 1,400 people from France have travelled to the region to fight with ISIS, and according to UK Police numbers, 700 British residents who were fighting alongside ISIS are now back in the UK.
This phenomenon can be explained if seen through the lens of ISIS’ declaration of a caliphate creating a global movement that transcends national borders by tapping into the shared culture of Islam, albeit an entirely warped interpretation of the religion.
When journalists talk about the majority of ISIS fighters coming from Tunisia, Saudi Arabia, Russia, Turkey, and Jordan it is quite misleading. Yes, there is a problem with radicalization in a country like Jordan, and yes there are many Jordanians who are fighting with ISIS. But Jordan shares a border with Iraq and Syria, has high levels of youth unemployment and a majority population of refugees. However, according to official Jordanian sources the current number of Jordanian fighters in both Syria and Iraq is around 900 fighters, this obviously doesn’t the existence of the phenomena but shows that the numbers circulating today in some reports are not accurate.
In addition, while we often see estimates of the number of fighters from these countries, we don’t look at where they actually came from and very rarely hear that nearly 20% of fighters were residents or nationals of Western European countries.
The facts remain that the whole world is facing the risk of ISIS and radicalization. There are various levels of threats depending on proximity to the region and the profile of various countries as a target for ISIS, but let us not fall into the trap of creating stereotypes that do not consider the cultural or historical context and lead to an unfair demonization of a country that is otherwise key in winning this battle and distract us from those real threats.
Dr. Amer Al Sabaileh