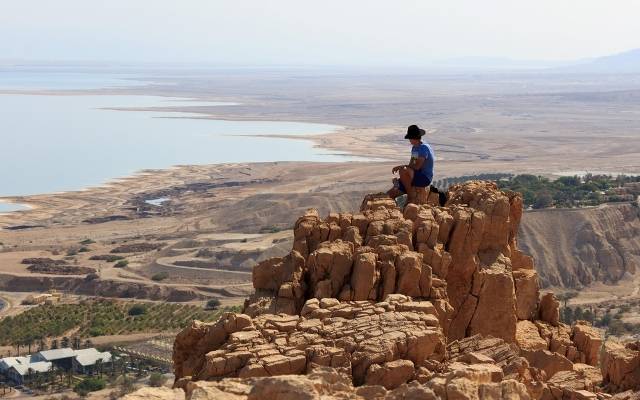 Comments Off on Historic inevitability needs new perspectives
Over the last few years, there has been an ongoing escalation of diplomatic and political tension between Jordan and Israel that does not reflect the existing peace treaty, nor the level of security cooperation that exists between the two parts. From disagreements at UNESCO to the recent issues around Israel’s planned annexation of the West Bank ,which Jordan is opposing aggressively, the increased tension begs the question whether Jordan and Israel are on the path to direct confrontation.
It is important to be realistic given these are two countries sharing security concerns and a long border, particularly in the context of Jordan’s investment in the political, social and demographic issues of the West Bank. Given both countries are taking a “no compromise” approach, a political deadlock was inevitable, but there are alternative options which do not lead to confrontation, but also create opportunities for both states to capitalise on.
Jordan has various options to exercise influence on the situation and increase pressure on Israel, but this kind of influence is often a double-edged sword. For example, Jordan could threaten to call off the security cooperation which would put immense pressure on Israel, but the flip side of this would be reduced capacity and capability in critical national security issues, from borders to internal threats.
Jordan’s security challenges are not limited to the Israeli-Jordanian border, but are much broader, as regional security challenges are increasing with deteriorating economic circumstances. The borders with Syria and Iraq are proving increasingly challenging and the regional cooperation plays a role in securing those borders. Similarly, the security peace treaty includes agreements around access to critical water supplies, which are increasingly scarce in the region.
Israeli Prime Minister Benjamin Netanyahu’s strategy has been plain from the start. Firstly, he is seizing the momentum of a US administration giving its blessing for Israeli moves to create a new normal in the West Bank. Secondly, he is working to widen the circle of peace to other Arab countries in order to increase the number of countries involved to include more than just those that have a peace treaty and isolate the Palestinian Authority. This approach has reduced Jordan’s influence on the process and its outcome, but it has not removed Jordan’s geographic relevance which is based on real peace, not a virtual one. As such, it is critical to reconsider the politics of escalation.
It may very well be that annexation is not Netanyahu’s real objective, but escalation of the issue that creates a straw man for him to achieve his desired outcome.
This means that as Germany takes the presidency of the EU from July 1 this year, there is an opportunity for it to act as an influential moderator to convince the Israelis to hold, and bring other partners to the table to find a better outcome across the board. This could explain German Foreign Minister Heiko Maas’ trip to Jordan and Israel earlier this month.
While internal Israeli dynamics and internal politics suggest that annexation is inevitable, diplomatic efforts could prevent the practical steps towards annexation of the West Bank land. It may be that the resulting de-escalation plan includes annexation of particular settlements such as Gush Etzion and Ma’ale Adumim. Either way, ignoring the practical steps while playing a zero sum game will not lead to a workable outcome, especially with an issue that has been viewed from the same perspective on both sides since 1967. Perhaps some advice from Albert Einstein would be helpful, “We cannot solve our problems with the same thinking we used when we created them.”
Dr. Amer Al Sabaileh