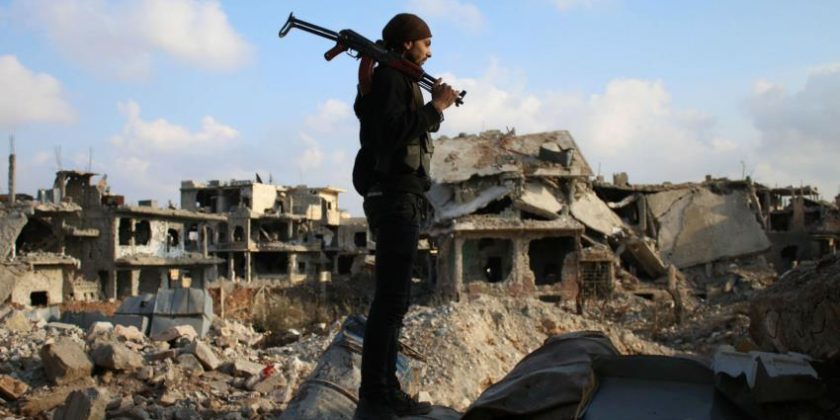 Comments Off on Keeping an eye on Southern Syria
Recent developments in southern Syria demonstrate the growing threat from terrorist and criminal groups in the area and the need to pay closer attention to the evolving situation. This is a growing risk of instability right on Jordan’s borders, and increasing the security threat in its major cities. The instability is not merely a result of security threats but also the economic hardship that people are under and the apparent lack of policies or strategies that for preventive measures to manage the risk.
The risk of greater instability in the border regions for Jordan are high with the potential for new waves of refugees flooding across the border, putting further economic pressure on an already fragile economy. There are also clear security risks in the city of Daraa, as lawlessness and fighting creates fertile ground for criminality and terrorism. Instability combined with economic hardship could also lead to a rising number of locals joining terrorist groups, as there is a restructuring of these groups at the moment and recruitment will be high on their list of priorities.
This creates dual challenges for Jordan, with social frustration due to economic hardship combined with increased risk of terrorist and criminal activity trying to use Jordan’s borders to export their violence. Jordan’s best response to the situation requires much more than observation of the situation, it needs careful consideration of the issues. Jordanian measures should take into consideration the wider context of both regional instability and internal economic hardship and forge a path to create a better future in spite of what enemies want to create, developing an approach that considers how these groups will react.
Several incidents across the country demonstrate the impact of economic hardship and criminal and terrorist propaganda spreading. These incidents do not necessarily involve confrontation with security services, but rather the use of social pressure to provoke instability and hardship into protests and riots based on dissatisfaction with public policy and the political system. Not only are they causing trouble, but they are also using the chaos and the disenfranchisement to recruit and grow.
The people in these border cities are particularly valuable to these groups as they assist in making the borders more porous, while also growing the size of the groups. From a national security perspective, cities like Ramtha must be perceived for what they are. Ramtha borders the Syrian city of Daraa, so the people have deep ties with their Syrian neighbours going back generations, making the borders more porous than officials would like. As criminal and terrorist groups are seeking to re-establish themselves, these border cities are easy targets.
Rebuilding relations with Syria through a progressive constructive vision that has the consensus of international players, focusing on improving relations with Iraq and being active in the Palestinian scene with all parties and protagonists are all very important for a country like Jordan today. The risk of negative or even neutral politics towards Jordan is high, as we could become a consequence of regional dynamics rather than a participant or decision maker in it. We must take the initiative, increase our political value amongst our allies and the regional players.
Jordan needs a pragmatic approach in dealing with these challenges. Building alliances is not easy nor fast in this multi-dimensional, multilateral conflict. However, it is not too late for Jordan to take the necessary steps to secure its borders and play a key role in shaping the future of Syria post-conflict. The first steps for change must begin with Jordan.
Dr. Amer Al Sabaileh