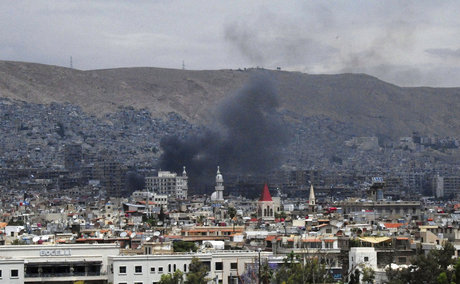 Comments Off on The day after the end of battles in south of Syria
The fighting in the south of Syria has been expected for some time and could be the final chapter of the ongoing crisis there. Jordan continues to face multi-dimensional risks from the refugees to security risks and the danger of continuous military confrontation on its border. Moreover, it is important to realize that Russian achievement of ceasefire deal in south of Syria, has actually helped Jordan avoiding various risky scenarios
Jordan should have anticipated this situation and prepared a strategy to address and minimize these risks as it is facing the consequences and impacts of the situation in Syria alone. The refugees are not the only issue, and closing the borders may be a temporary solution, but with over 380kms of borders it is not a permanent one. The refugee crisis is not solely a humanitarian issue as chaos and lawlessness attracts criminal and terrorist groups
Jordan has many several political mistakes during this crisis, and it is important to distinguish between the military and political response. While the security implications are serious, they also cannot be managed long-term without a political solution. The passive diplomatic approach that has been taken by Jordan is extremely risky, as the future of Syria will be decided by regional and global powers, and Jordan must have a seat at the table to ensure its interests are taken into account. A clear, long-term vision, combined with political determination is the only way to engage regionally and globally in order to manage the very real risks.
Re-opening channels of dialogue with Damascus is not a luxury and must be done independently of other powers. It must be managed bilaterally in order to protect Jordan’s security and political interests as the violence and chaos is heading south towards the border and the power equilibrium has shifted to the Syrian Army. Diplomatic engagement and understanding with Syria and Russia is the key for Jordan to be able to play a role in the stabilization of the border regions..
Jordan needs a pragmatic approach in dealing with these challenges. Building alliances is not easy nor fast in this multi-dimensional, multilateral conflict. However, it is not too late for Jordan to take the necessary steps to secure its borders and play a key role in deciding the permanent solution to the conflict. The first steps for change must begin with Jordan. Those who have increased the tensions with Syria, and those who do not understand the new power balance must be dismissed. A serious revision of policy and approach is necessary in order to successfully navigate the coming challenges and opportunities.
The security and military approach cannot be criticized as it has managed to protect Jordan from the potential negative impacts from the ongoing crisis. However, in order to guarantee that security into the longer term and maintain stability in the region requires a flexible political approach that brings balance and peace to the borders while also creating new economic opportunities to build a new and prosperous future for Jordan.
Dr. Amer Al Sabaileh

Where is the Syrian crisis heading?