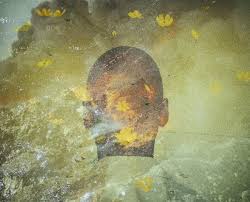 Comments Off on Toward an effective de-radicalization strategy
The challenge of radicalization whether religious or otherwise remains a major challenge not only in the region but also for our internal politics and public policies. Despite the lack of clarity over the issue of radicalization at the national level because of over-politicization of directing and channeling counter and de- radicalization funds, we ought to move beyond politics over radicalization to the politics and policies of countering radicalization. We cannot afford to allow more young people to slip into the racks of radicalization while playing hardball. Internally, de-radicalization is a top issue for stakeholders, government and donors alike , and there have been numerous workshops and conferences to address the issue and propose solutions to it. While these conferences and workshops are worthy for awareness, concrete action on-the-ground in our communities needs to occur.  Unlike macro-scale, micro-scale interventions where donors have sought to fund government economic programs and specific ministries, ,,have proven to rather effective and have greater potential to sway youth away from radicalization. Henceforth, micro programs should be funded directly at community organizations level and not through government intermediaries and ministries, where bureaucracy may challenge implementation for various reasons chief among them the politics of competition over allocation of scarce resources.
The concept of conditional funding, whereby certain projects may be funded specifically based on geographical location,  type and quality of intervention , is essential to make sure that communities in most need are targeted and benefiting from de-radicalization funds.
Education is also key channel through which to build a process of cultural change. The current  PM  Omar Razzaz, in his capacity as former Minister of Education, has initiated a successful  process of change, but it is important to  make sure that this change is part of a state long-term strategy rather an ad hoc.  A comprehensive strategy to change curricula is now one of the first steps in education reform that is desperately needed. Curricula and textbooks must begin to focus on human civic  values and insist on embracing the aspects of pluralism, tolerance, and diversity. Just as important are the teachers who are implementing the curricula whose responsibility it is to emphasize and instill these values. It is important not to forget that the moment the doors of the classroom are closed, the teacher is the one who decides what to teach, so those who understand the importance of this need for change and who will address societal risks and challenge norms need to be sought out. Schools must also become a place where children and teens also excel beyond academic content  by delving into sport, art, and other non-academic activities, including fostering hobbies and imagination.
Dr. Amer Al Sabaileh

Posted by: Amer Al Sabaileh
View more posts
Tags:De Radicalisation, jordan
The day after the end of battles in south of Syria
Settlements and challenges from Gaza to Golan heights