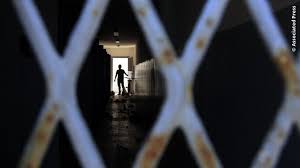 Comments Off on What de-radicalisation implies
Any successful de-radicalization strategy requires an understanding of the nature of the problem and anticipation of the risks. It is it not an easy mission to comprehend the level of challenge unless there is, in the mind of the state, a long term vision with clear ideas about the model of the future Jordan.
Even with a solid approach, it is a difficult task. Frankly, we do not have strong de-radicalization narratives; instead we rely on the insufficient strategy of moderate clerics countering radical narratives. Without serious concrete changes in policies, communication and socio-economic development, this is unlikely to make a difference.
This is not a religious battle, but rather it is a battle of existence, of life and death, where people should be integrated into the present rather than being prisoners of the past.  We need to make people feel positive about life, being productive and appreciating their existence. A comprehensive plan is essential, otherwise we are treading water towards failure.
Many would argue that radicalization is not the primary issue in Jordan, and that we just need to minimize the risk of violence and terrorist attacks. While we don’t have frequent terrorist attacks or major incidents at the moment, this kind of complacency will only lead to one outcome.
Radicalization is not only measured by security outcomes. The latent evolution of the phenomenon should be analyzed with a progressive methodology. If the current situation in many Jordanian villages and cities continues, radicalization will grow and in order for the state and its institutions to reflect societies positions, then policies and programs will adopt these radical tendencies.
These radical thoughts and approach will quickly spread through the security and military establishment as most recruits come from these villages and cities. Many would argue that the model we have is not radical, but the definition of radical will shift with the mentality of the people. The risk is when people reach the point where their attitudes, social behaviors, and thoughts are unconsciously radical, the state moves with them and radicalism is normalized.
The major challenge is, understanding the deep cultural problem of radicalism. We need a serious political will for change so we can hope to have smart minds to predict the problems and future implications through a serious diagnosis of the problem across all sectors of the population. Radicalization is not limited to school curricula or religious narratives. It needs to be at the top of the agenda for national security, from the revision of the security system, the state communication strategy and the socio-economic process. While it is a long process, a concerted and serious effort is required now to ensure that outcomes are achieved in the long-term.
Dr. Amer Al Sabaileh