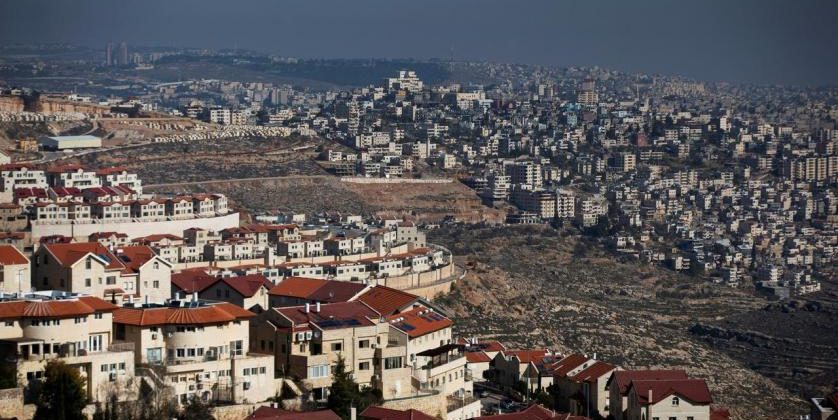 Comments Off on Political realism critical in facing Jordan-Israel challenges
Jordan continues to face challenges internally and regionally, and as the annexation of the West Bank and the Jordan Valley announced by the Israeli government is approaching, this adds more challenges to the issues Jordan faces. Despite this, it is critical to begin realistic consideration of how to contain and manage this issue, if it were to become a reality in the near future.
Any Jordanian approach to this issue must consider the efficiency and sustainability of the internal growth rate that cannot be fuelled with local resources alone. The strategic advantage of Jordan is in its geography, but while the world has changed and relations with neighbours have also changed, geography has not changed. So, it is important to start considering and developing strategies to restore relations and create new opportunities.
With new developments and diplomatic tensions with Israel, Jordan finds itself in the middle of a disagreement over a range of issues which has brought the peace treaty to its worst economic and diplomatic status. While theoretically the existence of the peace treaty and being a vital ally for the US in the region should have put Jordan into a key role in bridging the visions between Israelis and Palestinians and informed the American position, the fundamental gap between the two peoples means that Jordan has not been able to temper the current dynamics.
In his recent interview with the German newspaper Der Spiegel, His Majesty King Abdullah refused to accept the unilateral Israeli annexation of the West Bank and the Jordan Valley, suggesting that this might lead to a “massive conflict”. This does not necessarily mean military engagement, but most probably refers to the massive conflict of interests between the parties.
It is also critical for all parties to gauge the possibility of conflict and its triggers. Since US President Donald Trump began intervening in the region, quite a few lines have been crossed that were previously intolerable. This is demonstatred with the recognition of Jerusalem as the capital of Israel, to recognising the Israeli sovereignty over the Golan Heights and now to the consensus of the Israeli annexing of West Bank and the Jordan Valley.
Recent history suggests that the Israeli government feels empowered to take this next step, so all parties must be ready to deal with the new realities and their impacts. There will clearly be security challenges, as well as necessary revisions to the peace process, and potentially the most critical is the necessary water agreement around the River Jordan that is part of the decades old Israeli-Jordanian Peace Agreement. Israel is already releasing the water in the dry summer months when Jordan needs it in its urban centres, such as Amman. This will add more tensions and challenges with Jordan managing this conflict of interests.
In response to His Majesty’s concerns, a spokesperson from the US Department of the State assured that the US and Jordan have a very close relationship, highlighting the role that Jordan plays in the Middle East. At the same time, the spokesperson highlighted the US position by saying: “What we want for both Israel and Jordan is a relationship that is not only strong on the security level, but that is also strong at the diplomatic level and the economic level.”
In narrowing the two visions it is also critical for the Israelis to understand the risks that Jordan outlines as not only risks related to Jordan, but for the region and with direct impact on both parties. The maintenance of security coordination and avoiding hostile positions is just as important for both countries. Jordan serves as a vital friendly security buffer for Israel, again Jordan’s geography is its key asset.
Jordan needs to take a pragmatic approach in dealing with these challenges. Building alliances is not easy nor fast in this multi-dimensional, multilateral conflict. However, it is not too late for Jordan to take the necessary steps to cement a regional role as a facilitator, and position as a stable hub for resources and logistics. That might be the only way for Jordan to maximise its utility, and, therefore, influence amongst allies and leverage the current situation to develop the economy an internal development.
The challenges are laid out in front of Jordan, and it is unwise to wait and react as they impact the country internally while the risks transform and get out of control very quickly. Smart, considered politics is the only effective approach that Jordan can adopt to face its local challenges in order to exert some control over the external factors that are creating the internal threats. Jordan’s strength is in its strong alliances and capacity and position to bring regional players together, whether that is for resolution of differences when it comes to the Israeli-Palestinian conflict, or rebuilding the future of Iraq and Syria.