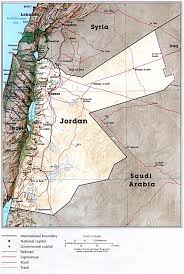 Comments Off on The power of politics
While the Israeli Government has not officially announced a date, many expected the implementation of Prime Minister Benjamin Netanyahu’s plan to annex the West Bank on the 1st July, this week. While the unilateral move is likely to provoke diplomatic reactions that may not deter Israel from their plans, there could well be broader diplomatic, economic and security implications. There are some who argue that the official policy of annexation does not change the de facto situation on which any upcoming peace plans will be based on. However, the flipside of that is that the unilateral move created unnecessary amanous towards Israel in the region and globally.
While the annexation does not technically affect any Jordanian territory, there could be short- and medium-term impacts and logically Jordan must defend its position. His Majesty’s address to retired military personnel this week highlighted Jordan’s support from Arab countries. In particular he pointed to His Royal Highness Muhammad ben Zayd and the diplomatic efforts of the UAE and its Foreign Ministry in supporting the Jordanian position, even with the US administration. The Emirati Ambassador in Washington wrote an article directed to the Israeli people, and while important, it would have been much more influential if it was written by the foreign minister of an Arab country that had a peace treaty with Israel.
The diplomatic pressure being put on Israel in the public way that it is, is unlikely to ultimately be effective, as Israel would appear to have folded to diplomatic pressure if they do not proceed with the full annexation. It is more likely they will maintain the policy position and adopt a gradual annexation approach, starting with the larger settlements, and leave the door open for an eventual diplomatic deal, but only after most of the critical areas have been annexed. That way Israel gets what it wants, and appears to have been a good international actor by working with a making diplomatic compromises. This approach would gain praise from those such as the EU, but even perhaps the US as President Donald Trump begins his re-election campaign, and would be seeking to avoid any escalation or the full collapse of the peace initiative that he has been promoting over the past four years.
It is critical for Jordan to adopt a dynamic and pragmatic approach to diplomacy, open channels with all parties while at the same time taking into consideration the delicacy of the situation. Jordan could capitalize on the US’ current interests in saving the peace process, while also considering the fragile situation in the region with the worsening economic situation, particularly the West Bank, Syria and Lebanon. Jordan faces serious risks, from the economic situation, to risks around underlying critical services like water and energy. It is important for Jordan to adopt a strategy based on providing alternatives and not to put itself in an unwinnable position. The power of a country like Jordan can be merely in making use of its geo-political situation, so the real power for Jordan is the power of politics.
Dr. Amer Al Sabaileh