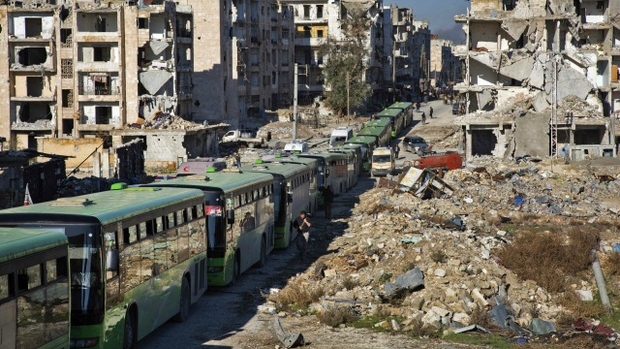 Comments Off on The battle of Idblib and its regional implications
The battle of Idlib could be the final chapter of the ongoing Syrian crisis. In hindsight, the beginning of the end was the point at which Russia convinced Turkey to join them and the Iranians, created the Astana Summit, where they agreed on a series of practical steps, including the re-radicalization zone. Interestingly, while Russia has been allied with Turkey and Iran to get to this point, the battle of Idlib brings their interests into conflict.
Turkey’s influence in Syria has been diminishing and its final bastion of influence is in Idlib. Turkey took a series of decisions, including joining with Russia and Iran in Syria which distanced it from its NATO allies, particularly America. Turkey attempted to play both sides and was mugged by reality. While a battle in Idlib is a clear risk to Turkey, given the crisis that Turkey is now facing both politically and economically, an end to the crisis and beginning the rebuilding of Syria could be a solution to its problems.
In Idlib, the Russian approach completely contradicts Turkish interests, as the main target is the Turkey-backed Free Syrian Army. While Turkey faces the option of supporting the destruction of one of their key assets in Syria, the backing of which was designed to create a safe zone on the Syrian side of the border. Turkey now faces the options of groveling back to the US and NATO, or maintaining its position with Russia, both of which have severe down sides.
Turkey could switch and back the American position in Idlib, and still negotiate over the Syrian Democratic Forces and their positions that the US support. Turkey could also negotiate an intelligence cooperation with the Syrian government to contain SDF influence that is concerning both Damascus and Ankara.
Regardless of the complex web of competing interests amongst the various players in Syria, the battle of Idlib is imminent. The intelligence war is already ramping up between those who want to protect their interests, those who want to leverage the future outcomes, those who want to hide evidence of supporting terrorist groups and those who want to smuggle weapons, militants and even cash out of Idlib. Despite all of this, the other side of the battle is likely to be the beginning of a new Syria.
With all of the competing interest it is difficult to predict what the outcome will look like. However, a stable political solution that leads to the rebuilding of Syria is a far better situation than continuing the destructive tendencies that have dominated the area of many years now.
The level of crisis in both Turkey and Iran could create opportunities for new powerbrokers in Syria. Jordan should develop a clear strategy to position itself to be a key part of Syria’s rebuilding process by activating its borders. This requires a change not just in personnel and narrative, but it also requires a long-term strategic vision and rapid political action.
Jordan must start by communicating clearly to its neighbors both in language and action. In order to participate in the future, there is a lot of work to be done in the present. Jordan should seize the opportunity and begin transforming itself into a regional hub where there is something of interest to all countries.
Dr. Amer Al Sabaileh