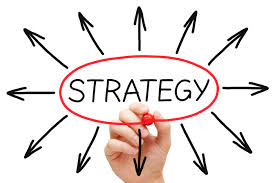 Comments Off on The need for efficient national media strategy
Following American President Trump’s decision to move the US Embassy to Jerusalem and recognizing it as the capital of Israel, we have seen an increase in propaganda designed to weaken Jordan’s bilateral relations with Saudi Arabia and the UAE.
There have been systematic messages spread, including that three princes have retired from the Jordanian army. It is not the first time these rumors have appeared in Jordan, however this time it has not been limited to social media and local Jordanian audiences, but has also been reported on internationally and in various languages.
While the objective of this fake news is clear, the effectiveness and the mechanisms behind it are important to understand as it spreads globally. Jordanian decision makers must take this seriously because if they are part of a systematic strategy that targets Jordan’s national security there is serious risk of social and economic impacts as well.
As such, it is important that Jordan has a media strategy that effectively counters this kind of propaganda.
We have a fundamental communications issue in Jordan. There is no clear channel of dialogue that bridges the gap between the official narrative and the perceptions of citizens that is created through social media and other Internet channels. Local newspapers, TV and radio have proven to be ineffective as channels of communication to credibly counter rumors or present the official message in an effective way.
Jordan must take a new approach to its communications and media strategy that efficiently and effectively delivers credible messages directly to its people. Media reforms are required in order for a media sector that delivers informed reports and builds trust in order to effectively shape public opinion. The lack of trustable media has created space for other channels to report news and current affairs that are having a negative impact on people’s opinions of the country and its direction.
Fake news and Internet rumors must be addressed as a national security priority. We need a clear communications strategy that counters these channels, and that can only be achieved by understanding why public opinion is prone to engaging in these rumors and promoting it.
Official communications must be clear and provide reasons and justifications for decision-making. Any vacuum left by unexplained policies and decisions will be filled by rumors that are spread by channels that may not have Jordan’s best interests in mind. We must engage on the very platforms and social media that people are using. Having the right message is only part of the solution, that message must also be delivered through the channels that public opinion is being formed.
Dr. Amer Al Sabaileh