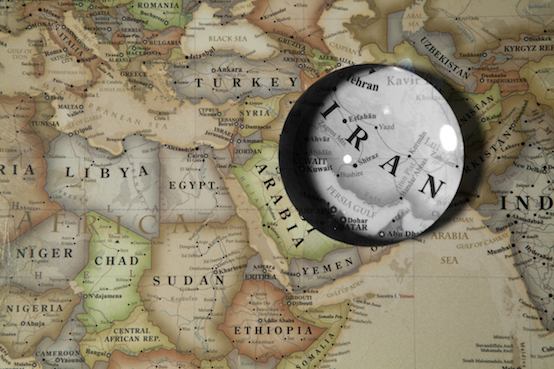 Comments Off on Iran and the new waves of instability
With the spark of anti-government protests in Iran, many have started to question whether these demonstrations will lead to any change, or whether they will be oppressed by the Iranian regime like they were in 2009.
The protestors are frustrated by high unemployment rates, inflation, and modest living standards juxtaposed with increasing corruption amongst the ruling classes. Frustration has hit fever pitch as the government of President Hassan Rouhani promised to relax religious laws and to fight corruption, with very little change to either.
In addition, following the lifting of sanctions on Iran in 2016, and the freeing up of frozen monies combined with increased oil income, the Iranian people expected a positive impact on their economy and standard of living. Instead they have seen this money go to establishment efforts to increase their regional influence, funding groups and Iranian military efforts in Syria, Lebanon and Palestine.
There is no doubt that the Iranian military and security forces have the capability to crack down on protestors and limit the influence of demonstrations, as we have seen in previous protest attempts. However, the establishment tends to begin this push back through the Revolutionary Guard militias known as the Basij. There have been initial reports of Basij groups entering crowds of protestors with knives, and the protestors have turned on them and beaten them back.
The Iranian Government is likely to ramp up its counter offensive over the coming days and weeks in order to end the potential crisis, and before it gets out of hand and potential creates longer-term instability. There is a real risk that Iran will face a repetition of Iraq or Syria, with armed anti-government groups joining protestors with injuries on both sides.
In recent years, open crisis in the region that leads to social disorder or anti-government confrontation has increased the risk of new terrorist groups coming in. Iran faces the risk of clashes on its borders as regional instability from the Kurds and Ahvaz, as well as terrorist groups from central Asia leverage the instability to cause problems.
This is a decisive moment for Iran. After several difficult and expensive years in Syria finally coming to a resolution, and completely changing the landscape of regional politics, Iran finds itself at real risk when it should be positioning itself to take economic and political advantage in Syria.
While all of this is going on, several countries are threatened by Iran’s increasing regional influence and are looking for an opportunity to limit Iran and wound it. So there is a real potential for regionally funded opposition in Iran, in the form of protest groups and media or PR influence through to more violent methods and potentially terrorist movements in order to limit and reduce Iran’s influence in the region by keeping it busy within its borders.
The outcome of these protests in Iran is not yet clear, but we are likely to see regional support for continued instability. The threat of instability and drawn out confrontation on the streets of Iran’s major cities will likely encourage the security establishment to push back harder in the coming days and weeks in order to prevent a similar situation to Syria. Yet, it is important also to think that in case the Iranian regime succeeds in finding an exit from its internal crisis, shall we expect a wider, more aggressive Iranian role in the region?
Dr. Amer Al Sabaileh