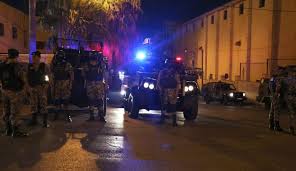 Comments Off on To ensure "Security Reform"
Over the last few years the concept of security has completed shifted due to the evolution of terrorism and the operation of global criminal networks. The new terrorism that has infected our world is based on simple an unsophisticated attacks undertaken by individuals acting alone and with minimal training or direct contact with the network.
The terrorist groups themselves have also begun collaborating with organized criminal groups and are learning new ways to raise money and spread their hateful message.
With the elimination of IS in Syria and Iraq, regional security forces must be prepared for an increase in sophisticated crime as the disbanded terrorists employ their new skills in organized crime through drug and weapons trafficking as well as money laundering.
In a country like Jordan, reforms to the security system in order to meet and address their challenges must be based on a clear understanding of the nature of the threat and a full comprehension of the need to face them.
Counter terrorism must work hand in hand with anti gangs and organized crime as the actors transition from one to the other, and many are likely to float in between. As the boundaries between the two being to blur, the security establishment must also begin to work together and collaborate in order to clearly understand the landscape their are working in.
As we have a professional and expert military to face external threats on the front lines, policemen are the front line of our fight against terrorists and organized crime. We must have a professional and disciplined police force that is trained with the skills and processes that are needed to face criminal and terrorist threats. Their training should include military and intelligence in order to effectively face the coming threat.
The reform of our security system should be systematic, with a long-term strategy that considers the coming changes and challenges. We have a multi-layered and multi-level security apparatus, we must make sure that the people at each layer and each level is appropriately trained for their role and act with professionalism and discipline to come together to protect the people of Jordan and uphold its laws.
Dr. Amer Al Sabaileh