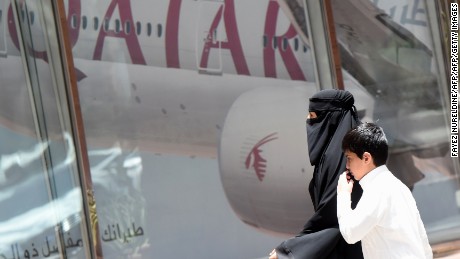 Comments Off on Qatar: When tolerance reaching its end
The roots of the tension between Qatar and other GCC countries go back several years to the Arab Spring. During this time, the GCC countries felt that Qatar was playing an active role in feeding the discontent, and the dispute was resolved with the transition of power of the Emir Hamad bin Khalifa Al Thani to his son Tamim in 2013.  As part of this transition, Qatar provided assurances of a shift in the role they played in the region.
The following year, the Gulf countries were not content with the progress and Saudi Arabia, the UAE and Bahrain all withdrew their ambassadors from Doha and called for similar sanctions that have been applied this week, including the cutting of diplomatic ties and closing all land, sea and air borders with the Gulf states.
The events of this week are the culmination of these tensions that have been playing out over the last four years. Qatar is accused of supporting extremism, which they have not made any effort to counter. In fact, Doha has undertaken aggressive media campaigns against Egypt, UAE and Saudi Arabia through the wide network of media outlets that they sponsor.
The issues with Qatar span the Arab world, as the impacts are felt across the region. The main players have tried over several years to promote change in Qatar, to no end. While it may appear reactionary, this process has been playing out for many years, and Qatar has not sufficiently responded to ease the tensions or address the concerns of their Arab neighbors.
This process of isolating Qatar is part of a systematic plan that is likely to attract international support. The move comes immediately following President Trump’s visit to Riyadh where he called for an Islamic coalition to fight terrorism and radicalism.
These developments place much greater pressure on Qatar to shift its policies and actions. The promises of the past are no longer going to be enough, and Qatar will need to provide concrete actions in order to avoid further complications for its relationships within the region and internationally, which will fundamentally impact on its economy.
From a Jordanian prospective, Jordan is fully aware of  the current situation and recognize that it is no longer a Gulf conflict, but one that impacts all Arabs. Furthermore, Saudi Arabia, UAE, Bahrain and Egypt are key strategic allies for Jordan, so it was very logic for Jordan to consider a supportive position on this issue.
Dr. Amer Al Sabaileh
amersabaileh@yahoo.com