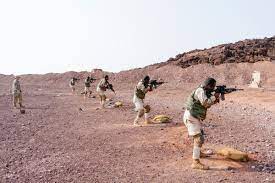 In a previous article on 11 September 2021, titled “The next phase of terrorism” published in the Jordan times, I tried to highlight the emerging risk of the return of terrorism by analyzing signals from different areas, mainly Afghanistan, to highlight the growing capacity of terrorist groups and their desire to reappear in a new way, under a different model.

We have since seen a growing number of attacks in Afghanistan showing the capacity of Daesh to target vital and important sites, from hotels to mosques to airports. On the first day of the new year, the Islamic State Khorasan Province (ISKP) has claimed responsibility for a suicide blast at a Taliban security checkpoint outside the military airport in Kabul.

These developments show the growing capacities of the group to attack various targets and suggests a continuous and growing level of instability in the country. Further, this level of activism will attract many small groups and even individuals who can find shelter and support in a group like this, where they can gain skills and conduct attacks.

Meanwhile, another group Tehreek-e-Taliban Pakistan (TTP) is showing a high level of activism and recently announced its responsibility for the attack on a police check point in the Pakistani capital Islamabad. The global terrorist scene is not limited to Afghanistan and its neighbouring areas, activities are increasing in other areas, like Kurdistan, where there was a strong attempt from Daesh fighters to occupy lands in Sulaymaniyah. This approach could be considered a new style of operations that these organisation have been conducting recently.

There are also signs of the return of Daesh members in the southern parts of Syria, mainly Daraa and Suwayda. These are not just in terrorist activities but in mobilising people to protest about the very bad economic situation. This is one of the tactics that Daesh exploits to infiltrate the growing legitimate protests that people are taking part in because of the catastrophic living conditions they are experiencing. There are even increased terrorist threats in Egypt, the most recent being the attack on a military checkpoint by the local branch of Daesh, which seems to be increasing the number of attacks on security and military targets, as well as civilian targets.

While the level of terrorist activity is increasing significantly, it is also spreading. There were several attacks recently in Mali, including one where UN Peacekeepers were. At the same time Daesh-Mozambique recently claimed to have attacked a ‘village inhabited by Christians’ and clashed with a ‘Christian militia’. This shows that terrorist activities are increasing but at the same time it is moving globally, changing the nature of the terrorist threat. Dealing with these threats will not be simple, as they are not decentralised operations, but each group focuses on its geographic presence, taking advantage of the local socioeconomic and political situation.

Recognition of the Taliban in Afghanistan has triggered the interest of many of these groups to follow its pathway to legitimacy or attack to diminish its power. So, we are likely to see competition amongst terrorist groups like Al Qaeda and Daesh increase the risk of attacks which are not limited to security targets but also include civilian ones.