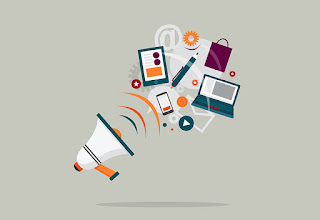 Any observer of Jordanian domestic politics would see that the government should be concerned about the way people are perceiving official initiatives, plans, proposals, or visions. It is not new that a wide range of enlightened, educated and intellectual people do not engage or react to any official initiatives, and this might be seen as a way of punishing the government or expressing their dissatisfaction with public policies or even the conflict of visions of what people think that should be done on the ground.

A lack of public activism or engagement in political life is harmful for any government as it delegitimises its presence in the eyes of people. Despite this, there are some within officialdom who insist that perceptions should not be considered seriously, as it is difficult to change them. While this may be true, any change process should start by creating a positive atmosphere, where people begin to perceive things differently and react constructively as protagonists of this process of change.

Perceptions are important to ensure active participation, as reaching the local audience is a critical goal of any public policy. Therefore, it is the duty of any government to adopt a new approach to communications and addressing problems. Perhaps it is time to change the stereotype and style of official statements by recognising problems, being more transparent and offering information immediately to avoid the spread of rumours. These changes could form the foundation of wide-ranging changes to rebuild popular perception and the image of the state.

Given the levels of anger, frustration and poverty that are driving the general mood of the population, it is strategically important for the government to minimise the risks of social unrest. As such, it is imperative to inspire national solidarity to face these hard economic challenges cautiously. It might not be easy to change the economic situation immediately, therefore, focusing on creating an atmosphere of political relief, liberties and political activism might help in facing the tight social and economic situation.

Rebuilding the official narrative is difficult in the absence of trustable media, therefore, it is important to realise that the old style of broadcasting news that ignores problems does not cancel or resolve them and is not helpful anymore. Official communications must be clear and provide reasons and justifications for decision-making. Let us always remember that any vacuum left by unexplained policies and decisions will be filled by rumors and conspiracies.

A new wave of global terrorism

In a previous article on 11 September 2021, titled “The next phase of terrorism” published…