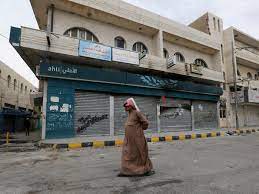 Recently Jordan has seen a wave of protests and a strike of truck drivers. The major trigger of the strikes is the fuel price but is also driven by the underlying issue with the economic situation in the country. While the protests are also a result of economic factors, it is likely to lead to questioning of the whole political scene and public policies.

The problem of high fuel prices is not new in Jordan but there has been a recent spike. Meanwhile, there has been a lack of political tact in communication with the people from the government. Statements from government officials have been quite provocative, saying regardless of international pricing, local prices will continue to rise, and when winter starts, the price of gasoline and kerosine will increase as well.

So, while these protests are not political, over recent years many socio-political groups feel marginalised and oppressed, so any protests linked to Jordanians’ basic needs will find fertile soil to grow. Moreover, the psychology of society has shifted. It is important to prevent any anti-state sentiment from growing in peoples’ minds, but this is made difficult if the people are continually under pressure. Negative sentiment and a feeling that the institutions are not there to serve them will increase.

Realistically, it is hard to deliver quick economic reform that creates immediate concrete result for people. So,decision makers must adopt a political strategy that reengages positively with society. This strategy should be built on the following pillars, reconciliation from within, openness towards society, containment of people and political inclusion. Moreover, it is important to rebuild a state narrative that engages and convinces people of the effectiveness of public policies.

It is important to have the courage to admit that mistakes were made but there is a serious will to repair. This should be a priority for the state, to launch a road map that people can follow and see it clearly rolling out. Facing economic difficulties requires creating a positive atmosphere of liberty, freedom of expression and political activism. This strategy should be the key for any shift in approach, not just a change of government or faces.

Today’s problems should be tackled with concrete steps that quickly make an impact in the lives of Jordanians, combined with a political recipe that aims to create broad national reconciliation from within.