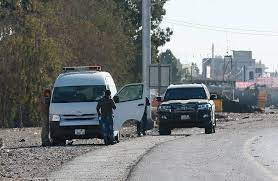 As the world is dealing with the repercussions of a global energy crisis, war in Ukraine and an ongoing pandemic, challenges and difficulties for governments are expected to increase through poverty, economic hardship, unemployment, and social and political frustration. These challenges make it increasingly difficult for governments to maintain good relations with citizens and we are seeing this in the growth of questions around the role of the state, as governments around the world grapple with managing inflation, income growth and exercising control over local markets and prices.

People experiencing tough economic conditions find it difficult to see the logic in increasing prices due to a crisis somewhere else in the world. They are more likely to expect their government to have a plan in place to manage inflation and control prices, as their protector who acts to have a positive impact on their lives.

This is the case in a country like Jordan, where government should have thought differently in dealing with basic needs for people such as the price of fuel, particularly with intentional increases in fuel prices in winter. In delicate moments like this, Jordan needs a government that works to guarantee that Jordanians are not victims of spiralling problems but can work to secure their basic needs.

Recently, the communication gap between government and citizens is becoming more evident, and the behaviour and capability of both government and the security apparatus to communicate with citizens needs improvement. There is no doubt that Jordan has been facing huge economic challenges and regional risks, but Jordan must work to avoid any kind of internal protests, popular anger and instability.

Regional instability, cross border criminality and terrorist activity are becoming critical challenges for the security apparatus, especially as the criminal groups increasingly interact with and facilitate terrorist groups. Maintaining social stability becomes even more important in these situations as it is a critical risk these groups can exploit. They are incubating within society and recruiting the marginalised, leveraging people’s frustration to their cause. When the population is marginalised by economic hardship, many will turn to terrorism and crime.

There are many reasons for people to protest, but it is the government’s duty to communicate and contain anger in the population, especially if there are no tangible and concrete improvements in people’s lives. Convincing people to face hardships requires an inspired national narrative and at the same time an official attitude that convinces people that government shares the same hardships and understands their suffering.

Posted by: Amer Al Sabaileh
View more posts
Mutual interests key to an efficient foreign policy
Tips for an effective way to cope with the crisis