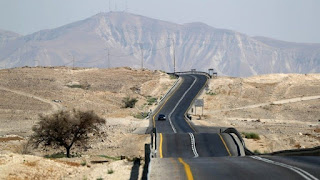 During the former Israeli Cabinet under prime minister Yair Lapid, Jordan seemed to be more willing to engage with the Israeli government on various public levels. With the election of a new government in Israel under Prime Minister Benjamin Netanyahu, many question whether this cooperation will continue or whether the relationship will return to the unstable or inactive status that it had previously.

Jordan needs to face the question of how to engage with the new far-right Israeli government and Netanyahu himself. Particularly since dealing with right wing governments will likely be the new status quo with the way the voting system appears to be working. As such, Jordan needs to seriously rethink how it builds a balanced engagement with countries regardless of regime or ideological position. This applies not just to Israel but in general when there are changes in position from partners, allies and friends.

At a basic level, Jordan holds many strategic cards in dealing with Israel, but it is important to maintain perceived value amongst all players, including the Israelis with whom Jordan maintains a peace agreement and security coordination. Jordan must ensure that a critical peace deal like the one with Israel always guarantees its strategic interests. On the other side of the equation, Israel must realise that escalation, pressure and land unilateral policies regarding the West Bank will create difficulties for Jordan, especially as anti-Israeli sentiment is growing amongst Jordanians.

Regardless of the government changes in Israel, or the reasons behind the previous deterioration in relations, it is important for Jordan to reshape its strategy on how to deal with these changes as continuous challenges. Politically, it is important for Israel to realise that the peace agreement with Jordan is different from any other peace deal, as it represents a strategic deal for the Israelis based on various factors, such as, geographic borders, demographic, security, and economy. At the same time, this peace agreement should more comprehensively protect Jordan’s strategic interests. Maintaining the peace treaty with Israel should be based on mutual interests, so given the importance of the agreement, Israeli domestic policies should take into consideration Jordan’s national security interest.

Jordan’s strategic approach in dealing with Israel should be immune from changes inside Israel, so dealing with new political realities in Israel is becoming an urgent issue for Jordan and finding a common ground of understanding is critical for the Jordanian diplomacy. The strategic value of Jordan for regional actors is always a key pillar to guarantee Jordan’s role and political influence regardless of political changes.