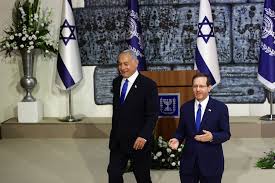 The victory of the far-right in the recent elections in Israel brings new realities to the political structure in the country. The appointment of the far-right leader Ben Gvir as minister of national security represents a new approach to security that will not just focus on the technical internal security but also on a wide ideological role for the defence of Israel.

It is well known that the far-right’s critical goal in Israel is to take full control of the territory in the West Bank bringing it under Israeli civilian law. The recent election victory could trigger these changes in areas currently controlled by the Palestinian Authority, mainly area C. As such, a deterioration in security is expected, with a likely escalation and increase in individual Palestinians conducting operations and broader unrest, and could lead to an intifada, which even now does not seem likely.

Both regionally and internationally, voices of criticism have increase from Washington to the Gulf countries, who think that such escalation will not help the political leaders promoting the peace model that they have been advocating. There are already some attempts at diplomatic pressure, criticism and lobbying from Israel partners, but realistically internal politics will drive policy and the more this government is isolated, the harsher their response is likely to be.

By the same token, these kinds of pressures will create an opportunity for the returned Prime Minister Benjamin Netanyahu to act as the statesman by balancing and containing any escalation from the far-right in his government. While he may not be able to shift internal policies, he may focus on achieving regional goals and justify his alliance with the far-right as the only way to contain them and keep them from absolute power. He may even convince his Arab allies that their support for him is essential for him to maintain control of the political situation.

In this regard, he can leverage the Iranian issue in a way to shift priorities and the focus of the Gulf countries away from internal policies. This would also distract the Americans to focus on containing Iranian escalation, particularly given the instability in the Islamic Republic. Meanwhile, if peace fails with the Palestinians it may succeed with the Arabs, which has been Netanyahu’s strategy all along, peace with Arabs as a proxy for peace with Palestinians.