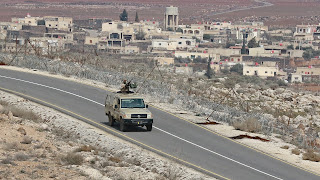 Increased drug trafficking is emerging as one of the most critical issues for countries in the region. While it is not a new phenomenon, its recent growth is beginning to threaten the national security of many countries. It has been a latent risk for many years, but having not been effectively addressed, it has grown into a real threat.
Some argue the issue in the region today is not simply linked to drug trafficking groups or dealers but an alternative way to escape sanctions and economic problems that affect many countries in the region, creating a parallel economy that is becoming a fundamental economic pillar for many actors in the region. This suggests that addressing these threats is not simple or straightforward, as the network of drug trafficking has direct benefits for so many people in power across the region that traditional methods of countering the trade are unlikely to be effective.
This is also developing at a time of serious economic hardship and increasing social frustration which creates fertile ground for the trade to expand. Moreover, given the economic hardship being faced by large parts of the population, increased drug trade and availability could make society more vulnerable to risks and corruption on multiple levels with officials, security personnel and society more broadly.
Regional cooperation and intelligence sharing are critical to countering this risk and leveraging anti-terrorism capacity and experience to apply to these groups. Adopting the same approach to terrorism is also logical as there are clear links between the criminal groups and terrorist groups as they are benefitting from each other. As such, addressing one will also manage the risks of the other. A regional coalition that works to address both threats could be an effective approach.
The political and social frustration that is developing across the region is also something that needs to be addressed through government strategy. Economic difficulties need concrete plans, options, and alternatives. Finding a legal route for cross border trade, especially with Syria might at least increase the economic benefits for many and at the same time decrease the illegal activities through legal trade and commercial ties. The approach to addressing this growing risk should adopt a multi-level of confrontation, socio-economic, political and security, all elements are important to guarantee effectiveness in addressing this critical challenge.
Dr. Amer Al Sabaileh

Posted by: Amer Al Sabaileh
View more posts
The Dangerous Repercussion of The Failure of Renewed Truce in Yemen
What change is really needed in Jordan