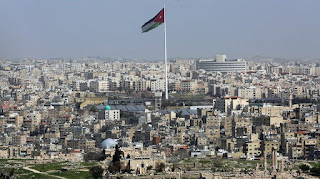 There is no doubt that there is growing discontent in Jordan, a sentiment that, combined with high levels of economic hardship, creates social and political frustration that could become a trigger for protests. Scarcity, poverty, and loss of access to basic necessities usually pushes people into the streets, demanding a political solution to their hardship.

Unfortunately, there is a belief that governments and public policies fostered the situation, and that things will get worse, including where liberties and rights are concerned. The government is promoting a long-term vision of economic reform, but for any change to succeed in improving the situation and shifting the people’s perception of the government, there needs to be a change in policy that has real impact, and not just a change in rhetoric. One of the major issues that needs to be addressed is the political inclusion of Jordanians in decision making, as recently many believe that the system is geared toward a small number of people, and that it is a closed circle limited to the same individuals. This feeling of exclusion has been growing for a while and is fueled by a perception of nepotism, favoritism and a lack of transparency that continues to be pervasive.From a practical and realistic point of view, governments’ opportunity to build credibility seems to be scarce, but if change is a very long and complicated process, it is important to at least start to achieve small changes, which might be the most important and challenging part of this long journey to change.

Efficient government policies are the only way to guarantee real change in Jordan. To achieve this, it is important to reconsider the way public policies have been managed and executed. Transparency and accountability in decision making, and government independence may be the way for public policies to succeed. Continuing to delay action is likely to have an even more negative effect. It will widen the scope of discontent and introduce new difficulties to an already difficult scenario. The demands will be much more difficult to address as people move from demanding basic needs to more complex political rights. The old style of governance, in which power is centralized and decision making is shrouded in secrecy, must be a thing of the past.Serious and concrete steps must be taken to address problems; it is one way to ensure that people believe in governments and accept that economic difficulties and hardships are a temporary thing they have to weather in order to succeed and thrive as a country.16/10/2022Amer Al-Sabaileh