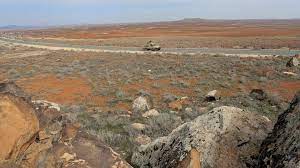 Jordan has recently begun a broad anti-drug campaign, as drug trafficking has become a very challenging issue for national security.The infiltration of drugs in the Jordanian society has become a critical issue for society and security. Criminal groups have become increasingly more sophisticated in the way they recruit, distribute, and grow.

The drug trade has started to spread more widely since the onset of the crisis in Syria. As sanctions were imposed on Syria and Lebanon, a parallel illegal economy emerged as a source of income for many groups and militias.
While they started as a reliable funding source for these terrorist groups and militias, growing poverty, economic hardships, unemployment, and social and political frustration created a large pool for these groups to recruit from, not just as consumers, but also as distributors and dealers. This poses more of a risk than terrorism, as it infects society and creates a large group of disaffected people who rely on an illegal trade that leaves behind a trail of casualties, violence, suicides, and corruption. It was critical for Jordan to launch the campaign to contain and drain the resources of drug traffickers in the country alongside the military strategy to protect the borders. However, it will be extremely difficult to put an end to the illegal trade without a committed counterpart in Syria that works to address and contain the drug-trafficking process.

As such, it is important for Jordan to address this security threat through politics and regional engagement. Focusing on finding a political solution in Syria could be an effective approach, given the risks that drug smuggling represent for Jordan.Jordan’s allies also need to see the issue from this perspective, as the lack of any substantial initiative by the international community to revive political settlement in Syria poses an increasing risk to Jordan’s stability. Addressing drug trafficking requires the assistance of Jordan’s allies in the region and beyond, at the very least through information and intelligence sharing, as well as training and experience in dealing with this threat. There needs to be more regional cooperation, similar to the international anti-Daesh coalition, to face the widespread drug smuggling operations and its regional implications.
Dr. Amer Al Sabaileh