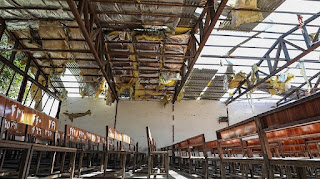 Recent terrorist attacks in Afghanistan open the door for new competition amongst terrorist groups to appear once again on the global scene. One of the strategic objectives of these groups is to diminish the authority of the Taliban, whose current recognition and authority they covet.

This competition among terrorist groups could expand the areas of conflict and increase their number, based on their existing geographic presence.
Central Asia is becoming one of the most active areas, as groups operating in Afghanistan and the surrounding areas seek to emulate the Taliban model, increasing the area of controlled territory. As such, clashes and conflicts, such as the one between Tajikistan and Kyrgyzstan, could offer fertile ground for these groups that appear to have growing ambitions to expand beyond Afghanistan’s borders. The southern part of Syria, Iraq and Kurdistan might also be affected by the strong presence of such groups, particularly Daesh and Al Qaeda, which show desire to emerge again. The time is ripe: the combination of growing economic frustration, hardships, and reduced trust in public policies which will create fertile ground for terrorist groups to operate, recruit and re-emerge.

The terrorist groups across the region did not disappear; the rising criminality makes it clear that they have just pivoted to the drug trade that is invading the countries of the region. They have created a parallel economy to maintain their groups, militias, and even some countries. Therefore, addressing the connection between criminality and terrorism is vital in countering any future emergence of any terrorist groups. It is also critical to anticipate this risk by activating the work of the international coalition, with a prevention strategy not just intervention. The work of the coalition should help shape global policies vis-à-vis terrorism, but also its other side, criminality, and in particular the drug trade. This coalition could also help build consensus around global policies, leveraging the fact that there is more agreement than disagreement in fighting terrorism. This undoubtedly can restore hopes to solutions can be found for some other long-term and complicated problems in the region, such as in Syria, Iraq, Yemen and Lebanon. Paying extra attention to what is going on in Afghanistan now might help anticipate the spark of threats in different areas, facing different groups, from al-Qaeda in Yemen to Daesh incarnations in Syria and Iraq.
Dr. Amer Al Sabaileh