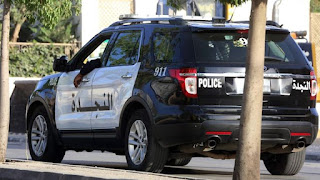 Last week, a new Public Security Directorate (PSD) director was appointed by Royal Decree, at a time when Jordan is facing internal and external challenges and is witnessing a growth in organized crime and violence.

These issues were clearly addressed in the Royal Letter of Designation, which highlighted the need to increase efforts to counter drug trafficking and fight crime.

To do so, to counter behavior that impacts the Jordanian society, there is need to find new approaches. The challenges outlined in the Royal Decree included the safety of Jordanians; emphasis was put on the importance of finding solutions and being prepared to deal with challenging issues posed by emergencies and national disasters.

The new PSD director must also deal with the unfortunate outcome of the collapse of a residential building in Amman.It is critical to contain a growing number of internal challenges quickly; even more so in the case of the drug trade and use, which creates increased societal pressure. There is no doubt that cross-border incidents pose increasing risk to internal stability, especially since regional criminals and their illegal activities are becoming increasingly more sophisticated.

As such, the PSD must adopt an analytical intelligence approach that will help understand the direction or patterns of criminal groups.

It is also important to remember that policing amid these challenges is complex, particularly in the post-COVID time which is witnessing high levels of social frustration and economic difficulties that heighten the risk of incidents between police and citizens that could trigger larger issues.As the front line between government and citizens, the police are often the target of social frustration. This makes it critical to focus on professionalism and discipline in dealing with domestic issues, to maintain people’s trust in the security system. The police interact with citizens daily and are expected to maintain order and address criminality. This requires ongoing training in communication, and continuous enhancement of the capacity of security personnel, as criminal tactics evolve, and citizens expect a more modern police service. Focusing on reforming the police force is critical to countering the serious risks and challenges that the country is facing. These reforms are integral to maintaining internal stability and avoiding social disorder while addressing increasing criminal activity. Given that $1.4 billion is spent on public security, we expect a successful result.