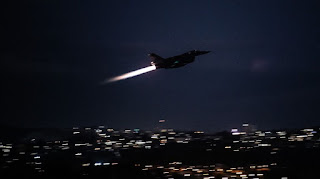 Israeli attacks on Syria have increased in frequency, as has the number of strategic targets. The attacks indicate that Israel targets Iran’s interests, militias, and arsenal in Syria, rather than the Syrian army itself.

With time, Syria became the field for a proxy war, one where the Iranian-Israeli conflict is playing out. The Israeli operations, the outcome of colossal intelligence efforts targeting Iran’s and Hezbollah’s maneuvers in Syria, are becoming more sophisticated. This was made clear by the fact that Russian presence in Syria did not affect Israel’s capacity or willingness to attack Iran’s interests in Syria. Moreover, the recent Israeli attacks on strategic sites such as airports and ports, and targets close to the Russian military posts in Syria have increased in frequency, with no Russian or Syrian reaction, which anyway would not have the power to restrict or prevent Israel from increasing its intervention in this Arab country.By adopting such strategies and tactics, Israel is turning Syria into an open proxy conflict ground that helps Israel eliminate perceived risks through interfering at very early phases of Iranian use of aerial supply lines to deliver arms to its allies in Syria and Lebanon.But while Israel insists that its attacks in Syria target only Iranian and Hezbollah activity and not the Syrian army itself, most attacks aim at weakening the Syrian defensive capabilities together with interrupting delivery of Iranian weapons to Hezbollah in Lebanon.

This situation might be interpreted as an Israeli tactic that does not give Russia any excuse to take action, while keeping the door open for Syria to negotiate, and for the revival of the frozen peace talks of 1997, especially now that a new phase of peace between Israel and most Arabs has started. This new phase saw Gulf countries, especially UAE, starting to enjoy very good relations with both Syria and Israel. UAE might see this situation as an opportunity to act as a mediator, a role that will give this tiny Gulf monarchy an important regional status.The current situation in Syria is definitely critical, especially since terrorism returned in the southern part of the country, and the situation in the north and northeastern areas is precarious. Moreover, the risk of a new wave of terrorism in the capital, Damascus, exists and might further deteriorate the already unsafe situation; all these problems plaguing Syria might further block any possibility for the crisis to head toward a solution.The flow of weapons from Iran to its allies and the success in delivering these weapons to old or new allies in Lebanon might well be viewed by the Iranians as one of the most efficient tactics to counter Israel’s aggressive military and intelligence campaign. As such, further escalation in the proxy war is expected, with both sides identifying Syria as the main area for the confrontation.
12/09/2022
Dr. Amer Al Sabaileh