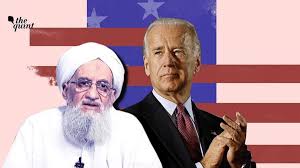 The killing of the leader of Al Qaeda, Ayman Al Zawahiri this week is not a surprise. His health has been in decline for many years and Al Qaeda has not been the main protagonist in the terrorist scene lately either. This is particularly so since the emergence of Daesh and the strong appeal that organisation has over young extremists.

The death of Zawahiri is unlikely to change much in the short term, in fact, the death of Hamza Bin Laden, the son of Osama Bin laden, is likely to have a far greater strategic impact on the emerging generation of Al Qaeda. The assassination of Zawahiri is more of a political win for the current US administration, which is why the announcement was tied to US national security and the role he played in the past, such as 9-11 and the 1998 attacks that targeted the American embassies in Nairobi, Kenya, and Dar es Salaam.

From a security point of view, the death of Zawahiri will not have significant impacts on the military and fighting structure or capabilities of Al Qaeda, but it could create a new challenge amongst the younger generation of Al Qaeda who have been quiet for the past few years while Daesh fighters have been dominating the global extremist scene.

There is a risk that the new generation of Al Qaeda could meet the challenge with an ideological and operational relaunch of the group following the new model of jihadis. While this suggests there is some credit to be taken by the US, they should also prepare for the potential to spark a re-emergence of Al Qaeda potentially targeting US interests again.

From another perspective, the presence of Al Qaeda in Afghanistan and its ties to the Taliban will always represent a very serious obstacle in dealing with Taliban politically or even financially, especially on the issue of releasing the frozen Afghani money.

Still the choice, the timing and the method of this operation shows the Biden administration’s desperate need to achieve successes in foreign policy in the security and counterterrorism field, leveraging operations that are likely to have a very high media impact. This is critical particularly to garner popular support in the lead up to the mid-term elections.

While killing leaders of terrorist groups will achieve a short-term impact in the media, the real drivers of voting decisions in any election is the capacity of governments to develop and deliver effective policies that impact people’s daily life such as inflation and unemployment. Further, when it comes to foreign policy, the elimination of a terrorist is unlikely to create stability, particularly when other policies in the region are fostering long-term international instability.