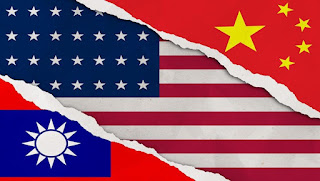 The provocative visit of US House Speaker Nancy Pelosi to Taiwan represents a significant display of diplomatic support for Taiwan despite Chinese threats and the serious repercussions of such escalation.

The current US administration clearly underlined that containing China is its top priority; that was best highlighted during the appointment process of the CIA director, William Burns. During the Senate hearings, Burns was quite aggressive about both China and Russia, noting that the Chinese leadership poses the biggest geopolitical test to the US. He added that the focus on China and four relevant, interrelated and crucial priorities will shape his approach as the head of the CIA: China, technology, people, and partnerships. He went as far as stating that if he were ever to run an American university that had a Confucius Institute on its campus, he would shut down the institute.

The choice of Pelosi to conduct a visit to Taiwan can be seen as part of this wider anti-China strategy, irrespective of the possible diplomatic tensions that might arise between the US and China. However, the visit cannot be seen in isolation from the crucial factors that are determining US foreign policy in the short term, such as US mid-term elections and the consequences of the Ukrainian-Russian war. The visit to Taiwan, then, and the surrounding diplomatic escalation with China, is to deliver clear positive signs to the US Indo-Pacific allies who fear the American superficial concern for their region and relevant issues due to the US need to focus more on Europe, especially Eastern Europe, to counter the repercussions of the Ukrainian-Russian war.

It is obvious that US President Joe Biden’s administration is trying to form a stronger and more determined image regarding its foreign policy, especially concerning the Indo-Pacific issue. It is also clear that such a visit is part of a series of US initiatives that aim at keeping the pressure high on Beijing, especially since the US position in dealing with the Ukrainian crisis was not perceived as strong enough by its partners.Furthermore, the US might fear that once the Ukrainian war is over, China may have already started its financial and commercial protection system to avoid any potential application of sanctions, similar to the Russian model.The US-China confrontation might not be a short-term issue. It will take different shapes and approaches, and happen in different places. But it will definitely have a global impact. Unfortunately, such a confrontation is occurring at a time many countries have fragile economies and are suffering the hardships of the post-COVID-19 era. Therefore, such political instability will add more pressure on many countries and on the global economy at large. The concept of ideological war has become invalid. The US efforts to counter China have one main objective, that is the economy, without any concern that any attempt that might endanger the economies of both US and China will have further and wider economic ramifications targeting all. Pelosi’s controversial visit should remind many decision makers that compromise is much more favorable than the ongoing escalation and its continuation, which will have global dangerous economic repercussions that will spare no country whatsoever.