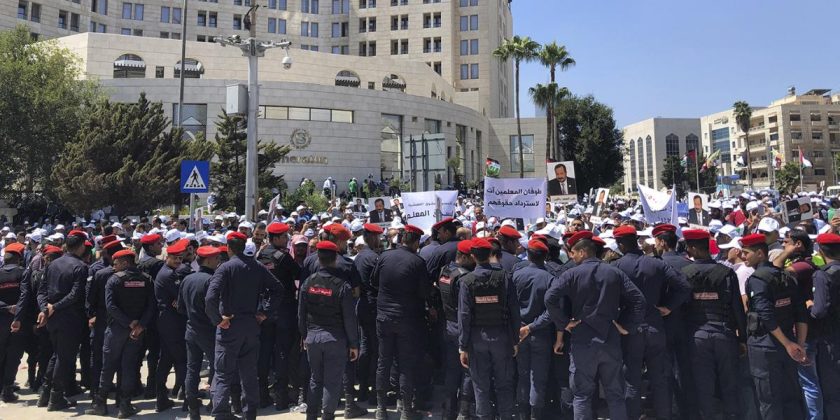 Comments Off on Jordan’s challenges : Regional engagement and internal stability

Jordan’s strategic geographic location has always been an advantage, but in recent years, Jordan has not been very active in its relations with its neighbors: Syria, Iraq, Israel, and Saudi Arabia. More recently Jordan attempted to reengage with these countries, but after a lull of several years, this is not easy.

building the Kingdom as an economic hub for the region. At the same time, Amman began to review relations with Israel, which significantly deteriorated while Benjamin Netanyahu was prime minister of Israel. The current situation in neighboring countries and recent developments in the region make it critical for Jordan to revise its policies and approach to manage the challenges on the horizon. While there was optimism last summer as Jordan set out to solve the crisis in Syria, the momentum has stalled as international consensus is impossible, given that the Russian presence and the implications of the war in Ukraine preclude agreements with key countries like the US and major EU powers. In Iraq, the political process and lack of consensus are major obstacles to a united Iraq and clear long-term policies. Moreover, the risk of instability is increasing due to the turbulent political scene, rivalry among protagonists, and the re-emergence of Daesh and its activity in Al Anbar area, close to the Jordanian border. The West Bank also represents a challenge for Jordan, as instability, clashes or perhaps even escalation will have implications for the Kingdom’s security, politics, economy, and even demographics, as instability in the West Bank could contributed to the so-called “transfer by choice”, which adds more pressure to Jordan.

Saudi Arabia is the only country bordering Jordan that has no crisis, which logically means that Jordan should capitalize on rebuilding vital relations with the Saudis. A new model of cooperation, investment and connectivity of the two countries through big projects could have real and positive impact, particularly in the south of the country. Regional challenges might make it harder for Jordan to face its internal challenges, especially social frustration due to economic hardships, combined with increased risk of terrorists and criminals trying to use Jordan’s borders to export their activities. Therefore, Jordan should take into consideration the wider context of both regional instability and internal economic hardship and forge a path to create balance and stability in the short-term, that could lead to growth and strategic positioning in the longer term. Jordan needs a pragmatic approach in dealing with these challenges. Building alliances is not easy in the multi-dimensional conflicts in the region and beyond, but it must be adopted, sooner rather than later. Jordan needs to take all the necessary steps to secure its borders and adopt a regional strategy that helps it deal with all challenges and risks at its borders. This requires a real change in engaging and dealing with the regional situation, so revising Jordanian policies is the best option at this stage.