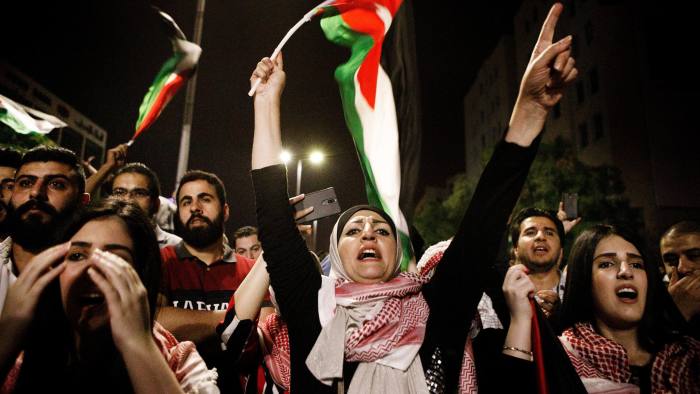 potential scenarios of escalation and its consequences. Although Jordan has been surrounded by crisis the past two decades,  but a crisis within the Palestinian territory might have more serious impact on Jordan’s domestic scene due to the economic, demographic and security links between Jordan and the West bank.

Jordan rapprochement with Israel might be driven by both its concerns of any possible de-stabilisation in the occupied West bank and its impact on Jordan internal scene, and by keen concern over saving its role of custody of Al Aqsa Mosque.

In order to be able to have an active strategic role, Jordan should revise its policies and its capacity to influence the whole Israeli and Palestinian scene especially the protagonists of the conflict and the capacity of having open channels with all parties to carry out the role of mediation and reconciliation.

This form of revision invites Jordan to consider the methods that guarantee for Jordan a strategic role in the region. Jordan’s political efforts should include all parties in the Palestinian-Israeli scene. It is important to get engaged with the new component of the Israeli politics, such as the United Arab list represented in the Knesset, in addition to succeeding in convincing the new emerging political powers in Israel of the importance of Jordan’s role due to the fast changes in the regional dynamics and in the Israeli political scene. Yet, it remains an additional major strategic target for Jordan that is Jordan being able to equally influence Hamas.

In recent years, Jordan left this strategic card of Hamas to Egypt, a country that neighbours Gaza. However, it is essential for Jordan to remember Hamas’ strong presence in Jordan, a presence much felt last year when the ssecurity escalation in the West Bank and in Gaza triggered massive rallies and protests in Jordan. Yes, Hamas was expelled from Jordan in 1999, however, this movement politically is very much present in and linked to Jordan from various perspectives.

The recent developments in the Turkish politics might make it more difficult for Hamas to continue enjoying the status guaranteed by the Turkish authorities. This development encourages Jordan to review its decision of expulsion of Hamas and adopt political steps that guarantee for itself a strategic role of mediation and stronger influence in the Palestinian territory and in the Israeli security scene.

Jordan’s few options in avoiding turmoil, de-stabilisation and escalation of violence in the West Bank will sure lead Jordan to adopt a dynamic political strategy that qualifies Amman becoming the venue perceived by all parties as the place where solutions can be made. This flexible approach to diplomacy of Jordan with all the relevant countries and movements would guarantee an important strategic role for Jordan at a time when no other side has a role of influence or a solutions to offer. Hence, Amman will remain the only power who can deliver and accordingly revise and adopt all the necessary strategies.