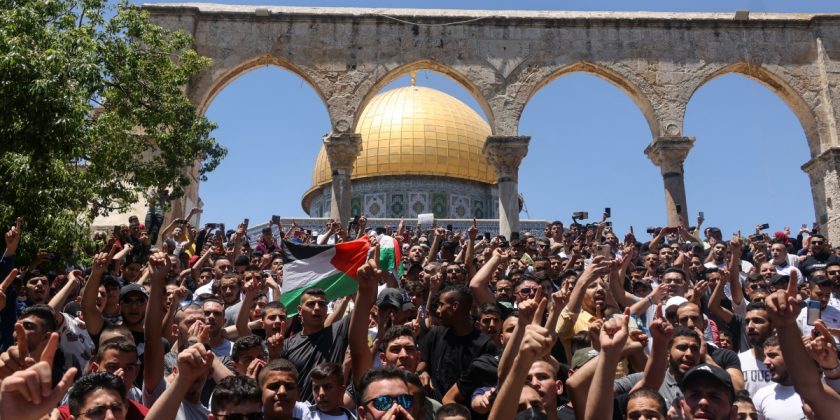 Recent activities mark a new chapter in Jordanian-Israeli relations. While the peace treaty between the two countries has been in place for more than 28 years, relations suffered a lot in recent years at the official level. However, there has been a noticeable improvement since Israeli prime minister Benjamin Netanyahu left office.

The risk of destabilization in the West Bank during the holy month of Ramadan seems to be taken seriously by Jordan, which has intensified the level of coordination with both the Israelis and the Palestinians in a bid to cool rising tension in Jerusalem and the occupied West Bank. For Jordan, this is related to the role it plays as the custodian of Al Aqsa Mosque and, above all, to the country’s national security, considering that tensions in the occupied territories during the holy month have the potential to trigger another escalation like that of May last year when operations in Gaza caused tension to erupt in East Jerusalem. Security escalation in the West Bank and Gaza triggered massive rallies and protests in Jordan, and this is the last thing Jordan would like to face in the post-COVID era when there is already economic and political frustration, inflation, and unemployment, all factors that could lead to societal collapse.

Avoiding any turmoil, destabilization, and escalation of violence in the West Bank is one of the main challenges for Jordan now, so its priority is to contain the situation in the West Bank to prevent any fallout. This could explain why Jordan is capitalizing on the relationship with the Israeli Defense Minister Benny Gantz; when security is the priority, maybe security officials have a better understanding of how critical inflaming tensions in the West Bank could be. At the same time, it is also important for Jordan to adopt a flexible approach to diplomacy with all countries and groups. In most of the declared visits, it seems that the Israelis who come belong to the same political bloc, the left wing, despite the real problem for Jordan being the right wing of Israel’s political establishment. As such, it is important for Jordan to have access to both sides of the political spectrum, to have an open relationship with Israel, and to communicate openly with Israeli officials. This also applies to the rival Palestinian parties Fatah and Hamas; Jordan needs to protect its interests and maximize its capacity to influence both the Israeli and Palestinian political scenes. The Jordanian moves are pushed by security and stability concerns, particularly in the West Bank, where tensions have been rising in the weeks leading up to Ramadan. If Jordan succeeds in defusing any possible crisis by convincing the Israelis to ease measures, especially at Al-Aqsa Mosque, during Ramadan, this could be seen as a milestone that will help improve relations and push for new peace talks between Palestinians and Israelis. The challenges for Jordan are serious, as containing the security situation might not be easy; that is why Jordan needs to have an open channel of dialogue with the various protagonists in Israel and Palestine. Limiting the dialogue to certain figures will limit Jordan’s capacity to influence and guarantee itself a role in this tense situation. After all, a guaranteed success of any mediation requires open channels with all parties to a conflict.The writer is a Jordanian university professor and geopolitical expert. He is a leading columnist in national, regional, and international media, offers consultancies to think tanks and speaks at international conferences on Middle East politics and developments.
Dr. Amer Al Sabaileh