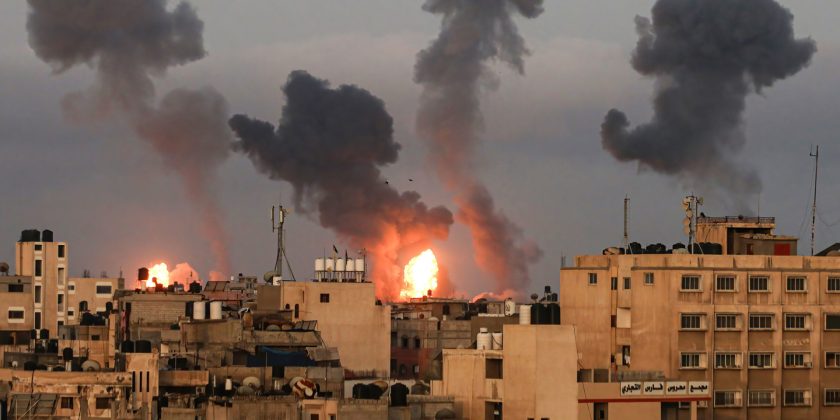 Comments Off on Security challenges, risk of chaos and instability

The risk of instability is growing in different places in the world. The concerns of possible escalation in the West Bank are serious, as there have been four attacks in Israel in the last two weeks, but not in the way we have seen in recent times as it has not targeted military officers using traditional methods. The latest operation targeted Dizengoff Street, a popular area full of bars and restaurants on a Thursday night, the start of the Israeli weekend.

This comes at a time when the Israeli government is particularly fragile and security concerns are high. This will have its impacts on the Palestinian territories and regional neighbours, and could lead to an escalation, as the Israeli security will be under real pressure to understand how these security breaches occurred and how weapons and money were smuggled into Israel to be used in these operations.

It is not a war against Gaza or normal rockets but could have more serious impacts as it targets Israel from inside with a potential to shake up the concept of security and stability that Israelis have enjoyed in their own country. This is like the period lead up to the second Intifada, when suicide bombers were attacking from inside Israel.

The fallout will not be limited to the political instability, as there was also a failure of security and intelligence functions as the attacks demonstrate a capacity to plan and operate in Israel suggesting the financial, logistic and human resources to do it again. It is likely to see reviewed and renewed security cooperation and relations with the security apparatus of the Palestinian Authority and potentially with regional partners as well.

There will also be implications in the West Bank and the weakness of the Palestinian Authority could lead to more fragmentation and increased political disputes among various groups and centres of powers that are vying for a bigger role in the post-Abbas establishment.

The situation in Israel and the West Bank could have broader implications, as Lebanon and Iraq are also facing serious challenges. In addition, the Iraqi political dilemma is also fueling this instability and encouraging non-state actors to move. Any instability and political disputes are creating fertile ground for chaos, as security threats are increasing alongside the growing poverty, economic frustration, and political and social unrest. All this combined is creating fertile ground for terrorist groups to recruit and operate to further their objectives.