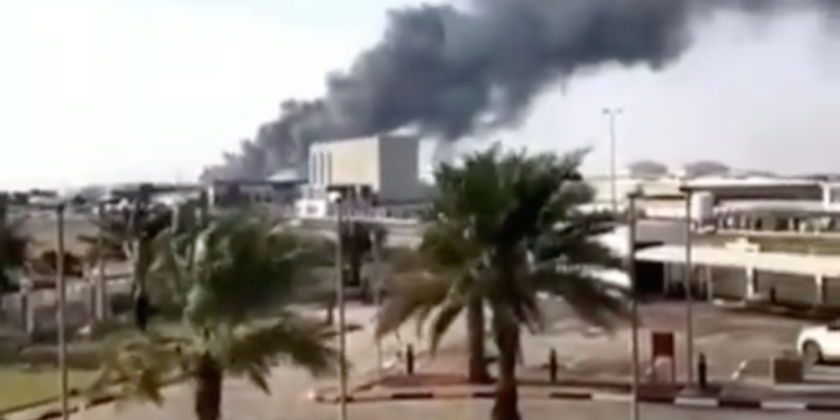 Comments Off on Rebalancing Alliances in the Middle East

The crisis in Ukraine is beginning to leave its mark on the middle east and the region is seeing dynamics movements. The Syrian President Bashar al-Assad made his first visit to an Arab State as he met the rulers of Abu Dhabi and Dubai this week, breaking a taboo that might pave the way to other visits. Immediately after this visit, Abu Dhabi Crown Prince Mohammed bin Zayed met with Israeli Prime Minister Naftali Bennett and the Egyptian President Abdel-Fattah el-Sisi in Sharm el-Sheikh.

According to official statements the discussions covered global developments and the impact of the Russia-Ukraine War on energy, market stability, and food security. However, given the moves the UAE is making, it could be part of an Emirati effort to play the role of mediator of peace between Syria and Israel, and to resume the interrupted peace talks of 1997. Although it seems the US does not support these efforts, as the U.S. State Department said it was “profoundly disappointed and troubled” by Syrian President Bashar Assad’s official visit to the United Arab Emirates.

This, however, is not the first divergence in policy between the UAE and President Biden’s administration, given the recent refusal from the Gulf to increase oil production in response to the situation in Russia and the Ukraine. It is critical for America to consider why their old allies are taking a different position on these policies. During the Trump administration, the UAE enjoyed a privileged position and, in many ways, represented the centre of regional political weight. But since Biden took office there have been radical changes in approach as attention has switched mainly to Qatar who is supposed to play a significant role in fulfilling the demands of global gas supply.

Another critical issue of divergence is the Iranian nuclear deal, which the UAE and KSA wanted to be involved in to ensure it was not limited to the nuclear issue, but also covered Iran’s aggressive policies in the region as well as its ballistic capacities. In this context, it begins to make sense that the UAE is taking more independent policy positions. Other US partners may also begin to question their position as American focus and approach changes so wildly depending on the administration of the day.

We are also seeing Turkey begin to play a more important and strategic rol. As a NATO member, Turkey’s recent policies have aligned with US and NATO policies. Moreover, the reconciliatory approach Turkey has taken toward Israel and Greece suggests a more realistic and pragmatic Turkish vision. The role that Turkey can play is fundamental for the US at this stage, but we are yet to see if the US has success in building a longer-term alliance with Turkey, let alone bring back any unsatisfied allies.

Recent shifts in global political dynamics will have an impact on all countries. In a post-ideology time with a distinct lack of a common doctrine, building alliances should also be based on mutual benefits, interests and economic gains, otherwise, it will be hard to maintain a strong alliance over time, as economic pragmatism and self-interest will take precedence over stable relationships.