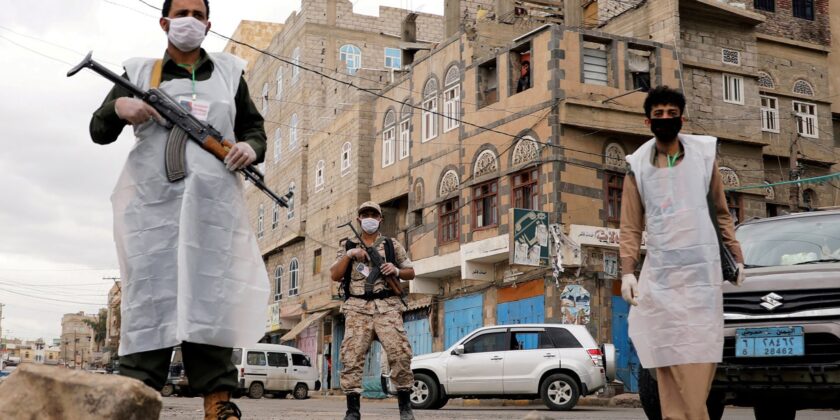 Comments Off on Crucial security challenges amid COVID-19

As the next phase of COVID-19 starts, a new wave of popular discontent and economic frustration is expected across the world. The challenge for governments will be balancing containing the threat of COVID with maintaining order as frustration and hardship increases amongst their populations.

These conditions can breed distrust and perceptions of a lack of credibility of governments amongst their people. Combined with widespread increase in poverty, social disturbance and criminality could increase, and consequently add more pressure to the difficult situation that governments are facing.

Such a tumultuous social atmosphere could easily foster a new wave of terrorism as it creates fertile ground for terrorist recruitment and operation. There is a particular threat of non-sophisticated attacks targeting non-civilians such as police or security targets with simple attacks like shootings, stabbings or explosives. The relatively new lone wolf style attacks are a real risk as security forces and governments are distracted by the challenges of managing COVID-19.

In Iraq, for example, there is already an increase in the frequency of attacks conducted by cells affiliated to Deash, which demonstrates the desire of these groups to reappear by leveraging the challenges the country is currently facing. The same can be seen in Syria, Afghanistan, central Asia and in Sahel area in Africa. This approach could be applied in any country, as while these groups have existing military infrastructure in countries like Syria, Iraq, Afghanistan and even African countries, they may also have dormant cells in these and other countries where they can return to the model of urban attacks that aim to provoke panic among people and make news all around the world.

The challenges being faced require a high level of professionalism, and consideration of the risks from the changes in the terrorists’ mentalities and therefore the nature of terrorist attacks. Terrorist groups are likely to make use of the credibility gap between people and governments, insisting on showing governments as corrupt and unjust, which do not represent their people. This is the core part of the challenge that needs to be addressed.

When it comes to a country like Jordan that has been surrounded by terrorism challenges for at least the past two decades, it is critical to maintain security according to the three basic rules: Strong control, attentive follow-up and prompt intervention. Public strategies should be in parallel to ensure that official public discourse is the only credible source of information. It is important to focus on building a smart moral mobilisation process and not the demagoguery that usually has negative impacts and creates the impression of a lack of professionalism and credibility.

Instability is already growing in the region, and Jordan’s borders are definitely targeted as economic hardships and suffering increases. The difficulty is particularly pointed in major border cities, making them more vulnerable to criminal and terrorist activities. This creates dual challenges for governments, with social frustration due to economic hardship combined with the increased risk of terrorist and criminal activity trying to use borders to export their violence. The tactics of smuggling and exploiting land and sea borders have become more frequent and effective during COVID-19.

In order to inoculate against and counter these groups, Jordan must undertake reforms to alleviate economic hardships but it is critical to be extremely careful how the state, through its security apparatus and the police interact with citizens to ensure that the problems are not fuelled.