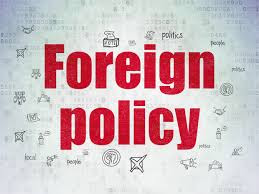 Comments Off on Towards more effective diplomacy

While the US administration is moving forward in promoting its regional plan, the Palestinian authority has cornered itself into a very tight position.

Last week Jordan hosted a Euro-Arab ministerial meeting with representatives from Jordan, Egypt, Germany and France to highlight the importance of the basics of the peace process. While this is a positive step, some still feel the approach is inefficient and slow. There is no doubt that major countries like France and Germany can play an influential role in reengaging key parties to the peace process, but the traditional and repetitive approach some are taking as compared to the US administration’s dynamic approach to effect change towards an outcome is clearly less effective in the short term.

A two-state solution is clearly the only practical path to end the long-running Israeli-Palestinian conflict. But at the same time there is a reality that enlarging the peace circle to all Arabs and not just Palestinians, minimises the concept of peace with Palestinians, and the Palestinian Authority is powerless to push for the resumption of negotiations between the two sides.

It is critical for Jordan to adopt a dynamic and pragmatic approach to diplomacy, open channels with all parties while at the same time taking into consideration the delicacy of the situation. Jordan could capitalise on the US’ current interests in saving the peace process, while also considering the fragile situation in the region with the worsening economic situation, particularly the West Bank, Syria and Lebanon. Jordan faces serious risks, from the economic situation to risks around underlying critical services like water and energy. It is important for Jordan to adopt a strategy based on providing alternatives and not to corner itself in an unwinnable position.

The power of a country like Jordan is based on making use of its geo-political situation, so the real power for Jordan is the power of politics. Still, it is important for Jordan to bring practical ideas to the negotiating table, especially if they already have the backing of the US. This is particularly key considering that the four ministers in last week’s meeting praised recent deals establishing ties between Israel and the United Arab Emirates and Bahrain, as German Foreign Minister Maas welcomed the agreements by saying “They show that peace in the region is possible”. Egypt’s Sameh Shoukry also said the deals are an “important development that would lead to more support and interaction in order to reach a comprehensive peace”.

While US President Trump’s deal of the century included a Palestinian state, it is critical to understand the shape of any state that the Palestinians can actually obtain, as the door is left open for negotiations. Since the arrival of the Trump’s administration, the key tactical ploy to progress the peace process has been to shift a de facto situation, whether moving the US embassy to Jerusalem or recognising Israeli control of disputed territories. As such, for any diplomatic efforts to be productive, old language needs to be dispelled and practical ideas for the US peace plan put forward. A pragmatic objective of breaking the exclusivity of the vision of one side is needed through practical solutions that can be supported by major countries. It is important to remember that for any foreign policy running fast is good but it should be always in the right direction to be productive and efficient.