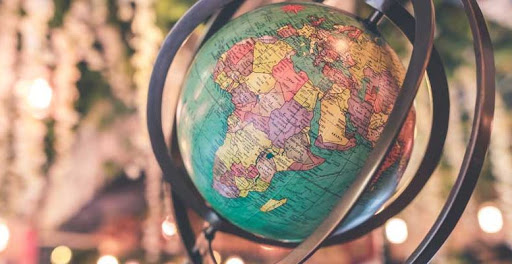 Comments Off on The new basis of ‘reglobalisation’
In the op-ed His Majesty King Abdullah had published in the Washington Post this week, he has seized this historic moment as the whole world is undergoing a pivotal phase as we transition to a new era.
The world is clearly reshaping as a result of COVID-19, and His Majesty highlights that the shared focus on the pandemic means a new structure, new alliances and new friends. However, he also clarifies that while there is common concern, that does not necessarily translate into coordination action and solutions. Modern history has several examples of similar transitions that led to restructuring of systems and regimes as well as the establishment of others.
Following World War I, in 1919 the League of Nations was born at the Paris Summit for Peace, while the United Nations was created in 1945 after World War II. Following each of these, borders and national identities were reshaped across the world, often arbitrarily. The Middle East was critically affected in these restructures, as Jordan alone was created as an emirate in 1921 after World War I and into a kingdom in 1950 after World War II.
During the crisis, most countries have taken an insular protectionist view where the focus is on protection of themselves rather than working in collaboration. As the pandemic subsides, this breaking down of the globalisation of the post-WWII era could continue as economic pressures create social unrest and security risks, which in turn places a greater focus on protectionism and increased barriers between countries. National interest and local needs are likely to far outweigh the global interest as we transition back to a new normal, and this shift could have a far greater impact on our world than the pandemic itself, as the global balance of power is interrupted by reduced international cooperation.
This is the critical point that King Abdullah makes when he highlights that re-globalisation is in the common interest as we rebuild in the aftermath of the pandemic. Cooperation rather than competition is the foundation of this approach, as leaders and populations must trust their better selves over their fears in order to build a new world based on trust and collaboration.
In recent years, we have seen coordinated global efforts to face common enemies. Since the fall of the Berlin Wall to the declaration of a caliphate by Daesh, the common enemy has been terrorism. Despite the COVID-19 pandemic being even more of a common enemy as it strikes everyone at the same time, we have not seen the same global coordination to fight it. His Majesty highlighted Jordan’s role in bringing people together to fight terrorism, and he rightly argues that we should take the same approach here as “unemployment, famine and poverty lie ahead if we do not act.”
While King Abdullah’s message is clear, realistically we might have to work through the current individualism before the world realises the need to act and think globally, not just locally. The psychological, economic and social impacts of this pandemic will keep governments busy for a while with their internal issues, but we must recognise that our borders are man-made, and will not stop the virus from spreading, the same way that nationalism will not defeat poverty and unemployment.
We need a new global model to facilitate the necessary cooperation. Perhaps this based on a modern interpretation and innovation of bartering which repositions countries based on their resources and abilities to produce and supply what others have demand for. Therefore, while the world is still going through this phase of uncertainty, it is politically important to create internal political harmony, at the same time priority should bring to the top of state agenda the bilateral relations based on mutual interests, especially with neighbouring countries as land borders become more significant routes once again.
In a world where interdependence and conflicting interests go hand in hand, global and regional issues or players are inseparable in forging a new world order. The reshaping of the global order that is underway will also require new approaches to international organisations, much like they were reshaped following each of the world wars. This creates an opportunity to set new rules for a better functioning system that narrows the gaps and focuses more on leveraging global resources for a better future for everyone.
Dr.Amer Al Sabaileh