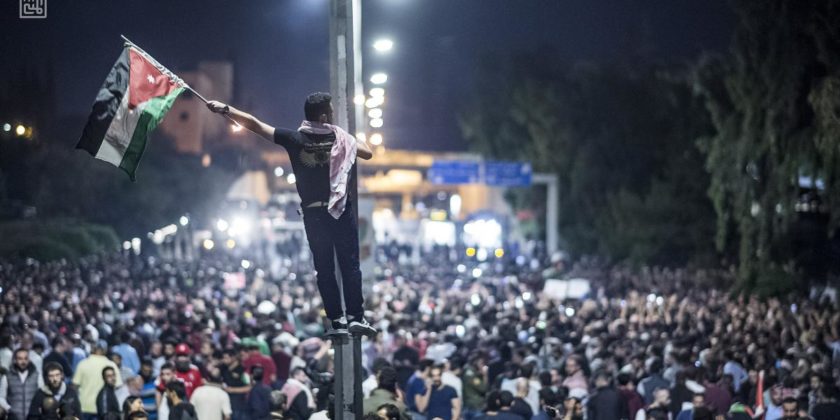 Comments Off on Economy is not the only challenge of post-pandemictime
Perhaps the most noticeable dynamic of the global COVID-19 pandemic is the increased reliance on the role of the state, and the need for government and security institutions to play the role of the regulator and stabiliser. The Jordanian experience so far has been one of very positive roles played by bureaucratic institutions in managing the crisis and maintaining stability. The next stage will be an all new challenge in ensuring that Jordan can sustain the circle of life as we transition to managing the temporary crisis to dealing with the long-term reality of post-pandemic life.
The long-term implications are shaping up to a multi-lateral challenge for the state to preserve security and stability while shaping production capability to prevent societal and economic collapse by ensuring food security and self-sufficiency through local production. This must all be balanced with basic and political liberty as well as the right to freedom of expression and the concept of political opposition.
The achievement of these targets is not entirely compatible with the consumption culture that has taken root in recent years. As a society, Jordan needs to adopt a new approach that shifts from consumption to production. This rapid change needs a considered approach rather than a shock-based emergency response to the existential challenges. A failure to adapt or taking a defensive approach rather than a positive approach to change that anticipates what is coming will only delay the crisis that at least for now appears to have been avoided.
The most prominent challenge is to redefine the role of the state by reshaping critical sectors, such as health, manufacture, agriculture, education, trade and foreign policy based on current developments and the needs of the future. A successful government must have an exceptional ability to deal with endless challenges, disruption and negative unintended consequences. As a small economy with a population made up of families that sustain themselves week-to-week and often only day-by-day, the smallest shift in the wrong direction will have a massive impact and raise societal risks. One of the most important methods to managing these risks and increasing societal resilience is a national narrative that gives people a future to believe in that helps them come together to face challenging times based on the hope of a better future.
Restoring the leadership role of the state through a national narrative also requires a redefinition of the concept of political opposition and the societal roles of all actors. That is why theorising about a clearly defined national project is no longer a luxury, but rather an urgent necessity to contain and manage societal rifts. National unity enables all societal forces to assume responsibilities and play a role in coming together to face the crisis and manage the repercussions. In recent years Jordan has become a global passenger, but the global pandemic has imposed a fundamental change on the state, as it is compelled to manage the intricacies of society to protect itself.
The success of the state in managing the first stage of the crisis must be applauded. But as we move through to the next stage of the pandemic, the state will similarly be compelled to manage the new economic, political and societal challenges. It must do this with eyes wide open and based on a long-term vision with a considered strategic approach that implements critical projects quickly.
Within this context, current security laws may provide the ability for decision-makers to take these necessary steps and anticipate challenges, but taking advantage of the historical crisis requires rapid implementation and a recognition that the continued stability we enjoy today requires renewal key institutions under a comprehensive national project.
An effective approach requires a clear declaration and communication of critical roles both for leaders and for each and every citizen so everyone understands the difficulties ahead, the sacrifices that must be made in order to contain the economic pressures and achieving the economic and societal growth that everyone is seeking.
We must all come together to achieve a brighter future for our country, but we can only do this with proper government and a clear pathway ahead.
Dr. Amer Al Sabaileh