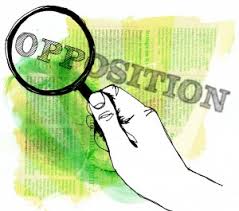 Comments Off on How to anticipate and benefit from change
There is a new wave of political turmoil washing through Arab countries that should be raising political and security concerns amongst the states. A country like Jordan is facing international, regional and domestic challenges, with growing discontent amongst its population and decreasing relevance and strategic role externally. A new approach is needed quickly before the opportunities subside and only risk remains.
Jordan must address its internal issues and undertake the necessary reforms to be best placed to respond to current global political developments that will impact the region. Jordan must rebuild alliances, including the old ones based on geography despite historical considerations.
Domestically, Jordan needs a constructive opposition; one that can hold the government to account on political policies, rather than superficial destructive opposition limited to social media. A political opposition that pushes for fighting corruption and more political liberty and questions the government on failed policies makes for a stronger country. It is essential for Jordanian decision makers to establish such an opposition as a bridge between the political system and the disenfranchised. This should be seen as a proper democratic opposition to party policies but still supports the system and the Kingdom.
Jordanians need to engage in the building of a better Jordan. While change is a long and complicated process, so is the map for reform. Political development faces many obstacles, mainly the ongoing presence of same politicians who partially have reemerged as a hangover from the mistakes of the past, but have no popular support. The so-called “Jordanian dream” can be achieved by creating an atmosphere of inclusion and recognition of the ongoing political activism within the Jordanian society. In dealing with such growing trends, decision makers should realise that nothing can stop the evolution of a Jordanian democratic project, as it is the inevitable result of the evolution of thought.
Politics and the desire to engage in the political system will always lead to new movements, as generations have new ideas and expectations. Decision makers must eventually get on board or be left behind. There is currently a growing frustration that needs to be encountered with creativity and optimism. It is imperative to encourage diversity rather than fear opposition. Similarly, it is important for new movements to meet, talk and share to find a convergence of ideas so they can unify into a constructive and effective opposition.
A genuine shadow government with a solid political and economic vision can be built to represent the dream of Jordan’s silent majority, which would be a positive step towards national solidarity by bringing diverse groups under the same umbrella. National solidarity must be at the top of the agenda for decision makers in Jordan. We need fast decision  making that leads to effective reforms and fighting of corruption, while remembering always that opposition is the key to strong democracy.
The coming election could be a good chance for both people and state to start this process of change, making Parliament a better representative of youth, political freedom, accountability and transparency.
Dr. Amer Al Sabaileh