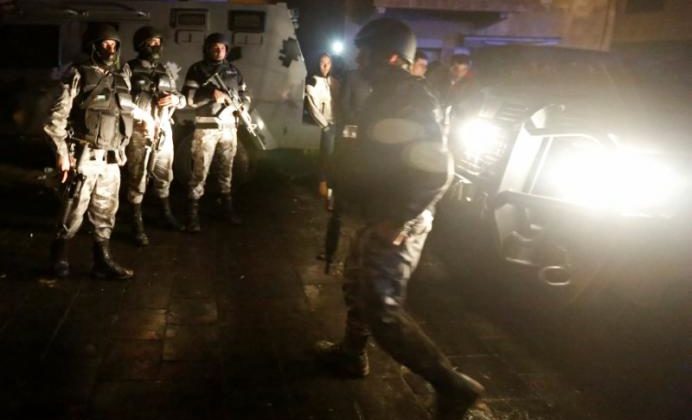 Comments Off on Restructuring national security pillars
The merger of the Civil Defence and Gendarmerie departments into the Public Security Department (PSD) is an important step for many reasons, not least to facilitate better coordination and faster response times, which is critically necessary. Jordan is beginning to face more economic hardship, which is likely to have social impacts. In recent years, the difference in discipline and professionalism has been stark, as the Gendarmerie and Civil Defence appeared well-trained and effective, the PSD has faced many challenges, which raised many questions surrounding what it is they are achieving.
The merger announced last week also demonstrates an understanding of what Jordan needs in order to address the internal challenges and the growing problems within the country as a result of both internal issues and regional turmoil. Organised crime groups, terrorist organisations, international crime syndicates trafficking drugs and weapons, tobacco, alcohol and even antiquities and human trafficking are growing challenges Jordan has to address. Jordan’s approach to security challenges must also change to meet these evolving threats.
As the appointed head of the new merged entity, Maj. Gen. Hussein Al Hawatmeh has a difficult task, but his success in leading the Gendarmerie suggests he has the skills and his Special Forces background will likely also be essential. Not only is he likely to work closely with the military, but he will also need his police and security apparatus in order to operate with military efficiency and effectiveness when addressing the threats and challenges that Jordan faces.
There will also be internal difficulties, with the challenge of restructuring three security branches into one while maintaining efficiency and effectiveness throughout the bureaucracy in order to meet the challenges of today and tomorrow. The approach must be coordinated and harmonious between the old and new organisations, as well as with other security branches, especially the General Intelligence Department and the Military Intelligence Department.
Cross-border events are going to be critical to internal risks, as regional criminal and terrorist networks try to take advantage of the turmoil, and become increasingly sophisticated. The PSD must analyse the enemy and coordinate across intelligence and information, with analytical and operational precision. This has been the weakness of the approach in the region so far.
While the merger is critical, a strategic approach to the new system is just as important. The role of the National Policies Council may also need to be revised to become the strategic brain of the country, so it must analyse risk, assess the likelihood and impact of each risk factor and then undertake scenario planning to ensure that the agreed approach considers all angles. Jordan needs this new approach to ensure it is smarter and better prepared for the challenges it is facing.
The year 2020 is unlikely to be easy for Jordan; economic hardship is increasing and more negative impacts are likely. Meanwhile, regional politics is chaotic, which poses a risk but also presents an opportunity for Jordan to recreate its historic stability.
A new approach to national security is necessary for this, and it should be one that anticipates and prevents the worst case scenario and identifies an exit strategy before crisis takes its toll.
Dr. Amer Al Sabaileh

Posted by: Amer Al Sabaileh
View more posts
Politics in the era of ‘no allies’
How to anticipate and benefit from change