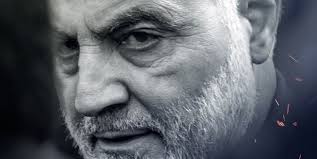 Comments Off on Assassination of Soleimani, the US from ‘isolation’ to ‘hit’
Days before the assassination of Maj. Gen. Qassim Suleimani, head of Iran’s Islamic Revolution Guards Corps Quds Force, by the US, the key strategic question facing the Middle East was whether the United States is really going to face down and contain the expanding influence of Iran in the region. However, after the assassination of Soleimani, there is no doubt that US rhetoric and actions against Iran has never been quite as strong.
By eliminating Soleimani, the US shifts to the second phase of its anti-Iranian strategy, yet it will require new tactics and more concrete steps, and willingness for confrontation on the ground. This raises the same questions as always: Is the US ready to face an entrenched, widespread network of Iranian assets in the region? Is the US willing to engage directly in the face of an escalation, as the past shows us that the American approach in the Middle East tends to play out to the advantage of Iran and its allies.
The US seems more determined than ever to contain Iranian influence. However, while economic sanctions have been effective at causing pain internally, it has also put Iran in a position where its only option is to escalate in order to test the US and try to release the continuous pressure. The next phase will definitely test the resolve of the US and the seriousness of their anti-Iranian strategy. The US economic sanctions, and the process of Isolating Iran appears to be effective internally in Iran. However, there was an expectation to see greater impacts where Iranian influence is high, such as Iraq and Lebanon.
Given the goal of the strategy is to limit Iran’s regional influence, it was bound to have regional impacts. However, it may take a while to filter through, as the Iranian regional network is far from fragile or weak. On the contrary, it has been playing a major role in regional dynamics from Iraq to Syria and from Yemen to Lebanon and globally across Africa and South America.
The resumption of sanctions comes after more than seven years of Iran’s resources being drained in Syria, Iraq and Yemen, so economic sanctions are bound to bite. However, it is worth considering that Iran’s investments in the region are part of medium and long-term plans, so they were not necessarily counting on getting a return immediately. So instead, it raises the question of whether the US is as committed to paying the price of an escalation in order to achieve its ultimate goal of regime change or political behaviour change in Iran, especially that the decision of killing a figure like Soleimani would logically mean that the US is more than ready to face the consequences of such step.
The impacts being seen in Lebanon and Iraq require more concrete steps from the US to seize the situation and impose change. There may be a price for this, which could lead to chaos and political turmoil, and will require a clear vision from America, which outlines the political and security approach to navigate through it.
The US must demonstrate its capacity to deal with the escalation in both Iraq and Lebanon, and at the same time Iran will seek to make the US pay a high price for any such approach in order to apply political pressure on a president who is coming into an election year.
The US approach to containing Iran is facing a serious challenge, but having come this far down the path there is little room to walk it back. This likely means the region will see a new phase of escalation against Iran, by proxy at first, but potentially direct engagement with Iran eventually, as well as the consequences of economic pressure and sanctions bite further politically, economically and socially within Iran.
Dr. Amer Al Sabaileh