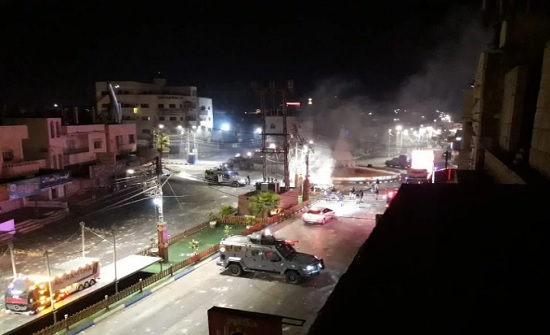 Comments Off on Jordan’s challenges and opportunities
The recent protests in northern Jordanian border city of Ramtha need to be considered in the broader context, and cannot be attributed to one specific trigger. A city like Ramtha has been historically dependent on trade with Syria, and is therefore feeling the direct effects from the chaos across the border. When the Nassib border with Syria was reopened late last year, there was a lot of hope for the restoration of trade. Unfortunately, the decision to ban almost 200 Syrian goods from being imported all but scuttled any hope of legal trade.
From a national security perspective, cities like Ramtha must be perceived for what they are. Ramtha borders the Syrian city of Da’raa, so the people have deep ties with their Syrian neighbours going back generations. As criminal and terrorist groups are seeking to re-establish themselves, these border cities are easy targets. Recent experiences in different places demonstrate this with incidents that do not necessarily involve confrontation with security services, but rather uses social pressure to provoke instability and hardship into protests and riots based on dissatisfaction with public policy and the political system. Not only are they causing trouble, but they are also using the chaos and the disenfranchisement to recruit. The people of these cities are valuable to these groups as they assist in making the borders more porous.
This creates dual challenges for Jordan, with social frustration due to economic hardship combined with increased risk of terrorist and criminal activity, who will definitely try to use Jordan’s borders to export their violence. What is needed are wise heads, considered policies and true statement politicians and bureaucrats to make decisions based in context, to enact policy based on the issue at hand and considering the wider implications. We cannot make decisions based solely on what is in front of us now, we must also understand what we will be dealing with in the future and how our enemies with react and respond.
Jordan must review its political strategy. Effective and sustainable growth and change cannot be fuelled with local resources alone. The power we wield, as it always has been, is in our geography, but the world has changed and we must find a role and press our advantage based on the world today and where it is heading, not the world of the past 50 years. We find ourselves in the middle of resolving conflict that requires reconciliation and reunion. Jordan can play a key role in bringing Syria and Iraq back to stability, and can play a central role with the Palestinians in order maximise our future interest and importance in the region. This can only be achieved with a complete overhaul of our policy and political approach. Jordan must take the initiative in order to cement a regional role as a facilitator. That is the only way we can maximise our utility and therefore influence amongst our allies.
Rebuilding relations with Syria, focusing on improving relations with Iraq and being active in the Palestinian scene with all parties and protagonists are very important for a country like Jordan today. The risk of negative or even neutral politics towards Jordan is high, as we could become a consequence of regional dynamics rather than a participant in it. We must take the initiative, increase our political value amongst our allies and the regional players.
The challenges for Jordan are laid out in front of us, and it is unwise to wait and react as they impact us internally as the risks can transform and get out of control very quickly. Smart, considered politics is the only effective approach that Jordan can adopt to face its local challenges in order to exert some control over the external factors that are creating the internal threats. Jordan’s strength is in its strong alliances and capacity to bring resolution to the regional issues.
Dr. Amer Al Sabaileh