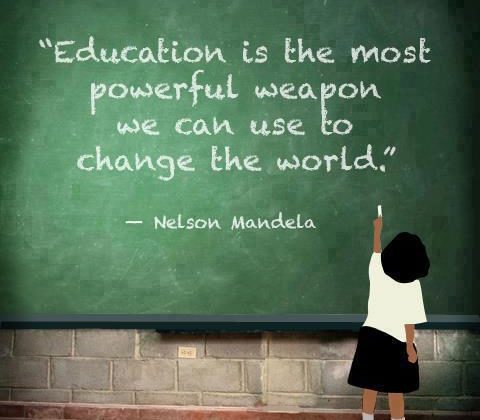 Comments Off on “Cultural change” the core of any education reform
Education plays a major role in grooming and shaping the way a society thinks and interacts. In this regard, the current educational systems in Middle Eastern countries have failed to instill into the youth basic principles like liberty, pluralism, equality, justice and respect for universal human rights. In schools and universities, critical thinking is stifled and thoughtless memorization is required rather than understanding an issue and grappling with its context in the world.
It must be realized that when one ideology plays significant role in developing the academic curriculum, fertile ground is created for radicalization that kills all aspects of diversity and inclusion. This holds society back and widens the gap between cultures. It means that the educational system and consequently the population are not capable of comprehending or grappling with the present, let alone the future.
It is imperative to save the developing minds of school children from the manipulation of extremism. As such, restructuring and re-designing the educational system and the content of the curricula must be a priority for all governments in the Middle East in an effort to put an end to the predominance of obscurantist ideologies forced on children, brainwashing the next generation both at school and university.
Indeed, we need an educational system that is innovative, dynamic and able to constantly adapt to technological and cultural progress. Many Arab and Muslim countries are gasping for enlightenment to break the ridiculous and anachronistic taboos it holds onto. It is important to start this process focusing on next generations. The youth must be educated to think critically, internalize a moderate ethos and understand the world in its actual context, and not from a perspective that dates from almost a thousand years. To this end, it is also necessary to undertake a deep change in the mindset of teachers and their educational methods.
The modernization of school curricula must integrate youth into a new and open cultural framework, one that values life and respects people regardless of their religious or ethnic origins, and discards the idea of imposing their beliefs on others. Literature, theatre and art of various origins should be taught and actively encouraged, as creativity can be a powerful instrument to counter the attractiveness of radicalism. People’s sense of humanity must also be motivated to ensure that the damage and pain that the culture of death and blood has caused over the last few years are not forgotten and thus not perpetrated.
The overhaul of the education system and academic curricula must be complemented by social and economic policies for youth. Soaring unemployment, marginalization and lack of community and cultural activities offer a breeding ground for radical indoctrination and recruitment. Creating more jobs and opportunities targeting youth would allow the new generation to progress in its human development and escape the trap of extremist ideologies and terrorism. To conclude, for any process of education reform, it is always good to keep in mind the words of the American educational philosopher Robert Maynard Hutchins: The object of education is to prepare the young to educate themselves throughout their lives.”
Dr. Amer Al Sabaileh