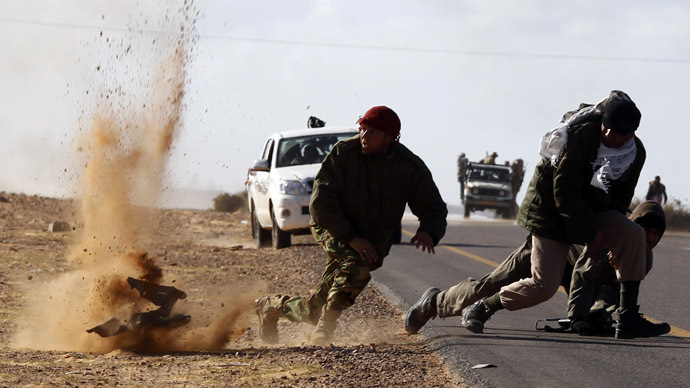 Comments Off on Risks of new global trends of terrorism
The risk of a new wave of global terrorism could soon increase, as Daesh is looking to regenerate following defeat in Syria and Iraq. The current dynamics in Syria actually favour the group to restart its activities. Confusion and chaos reigns in the north of the country as the battle of Idlib continues. The fighting in Idlib could be one of the final decisive battles against an extremists’ stronghold, but if it is not soon resolved, it could lead to the spread of fighters, most likely to either Central Asia or Libya.
The ongoing instability in Libya makes it attractive for terrorists for many reasons. It is geographically on the Mediterranean and close to Africa, where there is a large base of poor and disaffected Muslim men, the local political upheaval and regional and international conflict over the proposed solutions maintain the instability there. Clearly, Qatar, Turkey and Italy are part of an active group working in Libya to back up the Government of National Accord, while Egypt, the UAE and France are backing the Libyan National Army. This conflict is perfect for terrorist groups to hide and flourish.
While each of those countries have reasons for their positions, the resulting instability is creating other risks and threats that must be considered. If Tripoli becomes a hub for terrorist cells strategically positioned on the Mediterranean, Europe, and especially Italy, will see increased terrorist activity. This threat to the continent needs to be considered by Italian authorities and European countries involved in the dispute in Libya, which could also lead to connections between cells in different areas, such as the Balkans, creating stronger cells and more organised and well-resourced groups.
It is worth considering that Daesh ushered in a new wave of terrorism, using unsophisticated attacks on all aspects of community, often with greater victims than more complex or well-planned attacks. There are real challenges to prevent attacks that involve shooting or stabbings in crowds, or even police and military personnel in public places. Before actions lead to the strengthening of these groups by creating opportunities for resourcing, organisation and further training, the risks must be recognised.
The challenges of terrorism hubs are not limited to the cells and their activities, but also to wider criminality and the influence on the ground of the organised crime that arranges the logistics and supply chain of terrorism. This should be an incentive to maintain the rule of law and ensure security systems remain in place in order to manage and minimise outlaw behaviour. The more terrorists and criminal groups work together, the more dangerous the threat and the more difficult it is to address. The current situation in Idlib, Libya and across the region should be considered in this context, as while they may seem minimal now, they could lead to increased instability across the region and the world.
Dr. âmer AL Sabaileh

Posted by: Amer Al Sabaileh
View more posts
What to expect from the peace deal?
“Cultural change” the core of any education reform