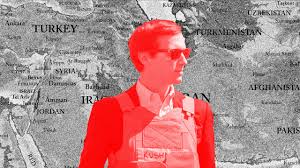 Comments Off on What to expect from the peace deal?
In his latest tour to the Middle East, US President Trump’s adviser and son-in-law, Jared Kushner, is working on moving to the next phase of their regional peace plan. On his current trip, there appears to be a shift to the practical and politicalside, following the workshop in Manama last month where the focus was on the economic vision.
It does appear that the American plan is to continue to move forward regardless of the push back or response from Arabs. The approach is based on the idea that there is no alternative plan being discussed and this plan focusses on the economy in a region where most of the citizens are suffering economically. Further, the alternative to this approach that bring the potential for peace and economic development is the status quo, which is more violence and deprivation.
While it may be that protests or refusal amongst Arabs to accept the process is unlikely to be a major obstacle to the approach, the basis of true peace is consensus, or at least something close to it. In the Manama Workshop, the Americans clearly presented that the economy and development are central pillars, and that corruption is a major obstacle to development. It must also be understood though, that broad regional development will require Arab involvement, which means that some political concessions or arrangements will be necessary for a comprehensive and sustainable peace.
Since 1948, the evolution of the situation on the ground has demonstrated the contradictions between the visions and positions of both sides. And now what was refused in 1967 appears to be the very demands being made today. So, the ongoing evolution of the situation on the ground could continue to remain disconnected from the negotiating positions or offers being made.
This approach where efforts are focused on the practical outcomes on the ground, while postponing a political solution has created control over the status quo while blocking peace talks, putting all the power in the hands of one side. Control over the situation on the ground limits the influence of any other international player, so the longer a peace treaty is blocked, the more things stay the same.
The American approach continues to develop regardless of the level of support amongst the other stakeholders, but they may want to consider bringing other considerations into play as while economic growth can improve people’s lives, it cannot address the ongoing and unsolvable problems of history which will always lie below the surface and run the risk of peace collapsing from simple triggers. Arab leaders might give many promises to any peace plan, but in fact nothing much can be done, and let us not forget that the “De factosituation” includes also the demographic side that goes, at the end, progressively in favor of Palestinians.
Dr. Amer Al Sabaileh