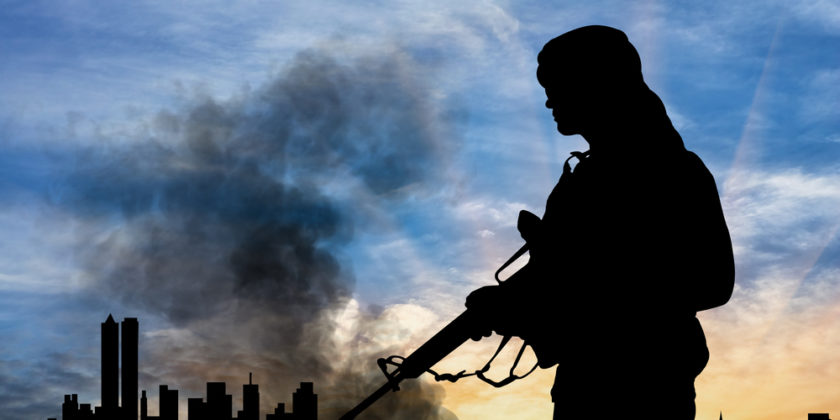 Comments Off on The new risks of criminality, terrorism and extremism

Developments in recent years across the region, especially the crises in Iraq and Syria, have facilitated a wide network of criminality. The trade of drugs, antiquities, alcohol, tobacco, human trafficking and, above all, weapons, has become the base, for a global network of criminal activities, across various operatives and countries.

These criminal activities have created various challenges for security services across the region, especially given that local criminal groups have been given the opportunity to increase their activities by connecting to international criminal networks. As such, the region is seeing a radical increase in the sophistication of crime and security forces are facing a new wave of criminal techniques that have not been seen before in the region.
This development requires security forces in the region to understand global criminal trends and increase their connections with global crime fighting rather than just intelligence and anti-terrorism forces. While the focus has been on the threat of terrorism, the new wave of criminal networks cannot be separated from the terrorists, in fact they can be used to track the terrorists, but require better integration with global policing and crime tracking in order to understand the networks.
The terrorist on the ground, fighting in Syria and Iraq, is the end user of a supply network for weapons, logistics, money and even the mobilisation of forces — these crime networks are running the supply chain for terrorists. The system that has been established means there are now larger global crime networks who have aligned their interests with terrorist groups. While Daesh may have been defeated in Syria and Iraq, these criminal networks are seeking new customers, and in fact may get involved in establishing new customers. We can expect to see the tail wagging the dog so that new terrorist groups are born with the support of these global networks and even extremist and anarchic movements.
The security challenges are not limited to one region or one criminal group. These are multiple groups across the globe dealing in drugs, tobacco, weapons, human trafficking, money and other logistics for terrorists. The collapse of Syria and Iraq created the opportunity for them and they have invested in the infrastructure and are being rewarded for that. They will not abandon their advantage, nor give it up lightly. The post-Daesh approach to the region must consider the risks that come with these powerful criminal networks with very particular interests, which include instability and terrorist groups.
Security agencies and personnel across the region have faced massive threats, dangerous foes and a lot of stress over the past decade, and have done a commendable job in a fast-changing environment where the risks and threats are dynamic. What they are now facing is a step increase in professionalism and breadth and reach. The approach can no longer be based on isolated terrorist groups, or individuals as the criminal networks mean that as soon as one group is defeated, another and perhaps more will replace it. This requires greater cooperation between security services in the region and across the world.

Posted by: Amer Al Sabaileh
View more posts
One step forward, two steps back
Who wants a new war in the Middle East?