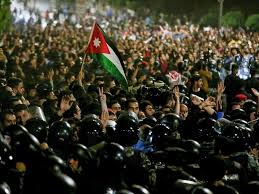 Comments Off on The need for new political faces
Jordanian politics is facing several massive challenges from managing a failing economy without any real plans for economic development to managing the risks of serious economic crisis, threats of radicalization and terrorism, without even a real deradicalization strategy. Amongst all of this, one of the most serious problems is the lack of new political leaders or even new people on the political scene. This is despite a large youth population who are highly educated and engaged.
As the current situation worsens, it is becoming abundantly clear that one of the greatest failures of our system is that it is no longer educating and creating new young leaders who can step into the void left by the old elites who used to govern Jordan. The change we need is based on innovation and moving on from the political domination of the elites. Otherwise, Italian philosopher Vilfredo Pareto’s writings around how an entire set of elites can easily be replaced by another, so that those who were elite, no longer are, could become relevant.
There is no doubt that the next group of new young leaders should reflect the Jordanian population. There is no room for bad and uninformed decisions, we cannot make the same mistakes of building a small insular group of leaders who apply a geographic mode of allocating power in order to protect their influence.
There is a perception amongst Jordanians today that some people are above the law, and the law is only applied to weak people. There is a clear opportunity for renewal with the message that ‘all are equal under the law’. There must be a focus on engaging the population and encouraging political accountability. In his masterpiece, The Discourses, Machiavelli insists on reminding the ruler that people never ignore, forget or rationalize the privileges that elites enjoy at their own expenses. The state’s policies should remove the privileges of those who continuously remind people of the persistence of socioeconomic and political inequality within their country.
Domestically we are seeing a transformation of the people’s expectations and demands of their leaders, suggesting those in power should progress cautiously. H.M King Abdullah’s recent comments demonstrate a legitimate intention to meet these expectations. While good intentions are admirable, real change needs action and outcomes based on facts and the people will use those measures to judge progress. The gap between public policies and people’s expectations is ever expanding, so effective policies and the restoration of hope for a better future, which is essential in a monarchy, should be a priority before it is too late. Acceptance of succession must be high and part of the accepted wisdom of a culture. Any concerns that exist today need to be addressed in order to prepare the ground for the future.
In order to meet the challenges of the future and create a better life for the Jordanian people, Jordan must remain strong and united. As a people we must defend the honor, reputation and image of our monarch and monarchy. It is imperative for all Jordanians to contain negative perceptions caused by the quality of some of the political elite. Perhaps it is worth considering Machiavelli’s advice that a leader’s entourage can leave an impression on the people, no matter how much they love and respect the leader himself.
Dr. Amer Al Sabaileh

Posted by: Amer Al Sabaileh
View more posts
A step in Idlib Vs a step in Geneva
Practical reaction to national Security Challenges