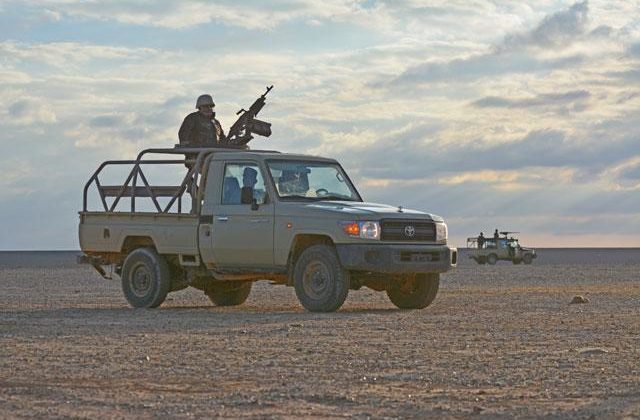 Comments Off on Jordan’s regional risks and options
The current chaos in the Middle East has created a need for realism in assessing new strategies and tactics for countries in the region, and we have seen several countries revise its approach to regional politics and alliances.
The Jordanian political landscape has experienced a significant shift with US President Trump’s announcement of moving the US embassy to Jerusalem as part of recognising the city as capital of Israel. This policy provides an opportunity for Jordan to rebuild alliances based on pragmatism and objectivity to preserve Jordanian interests. Jordan should adopt flexible diplomacy that avoids conflict with its allies, especially the US, given the contradictory position on this issue.
The greatest direct challenge for Jordan at the moment are the consequences of developments in Syria and possible escalation of violence in the West Bank as a result of evolving crises or progress of a peace plan that doesn’t take Jordan’s interests into consideration the Jordanian interests. These two developments could have a direct negative impact on Jordan.
Despite huge pressures, Jordan has shown exceptional judgement in the management of the Syrian crisis. However, Jordan will have to consolidate and protect its position in dealing with the same crisis in the near future. This should be done through a national consensus on foreign policy to preserve state institutions and guard against any possible internal disputes.
Despite the risks, Jordan should try to keep channels open with all parties to the conflict in the region. Strategic interests necessitate that Jordan plays a key role in any developments or agreements. Any political intervention from Jordan requires extreme delicacy especially given nothing decisive can develop in the south of Syria without Jordanian support. Therefore, it is extremely important to reach some consensus amongst all the stakeholders, especially the Syrians.
The second major risk for Jordan would be escalation in the West Bank as any turmoil in the West Bank will, undoubtedly, spill over the to the east bank of the river. Practically, any Israeli backed solution to the Palestinian crisis will almost certainly include Jordan, as a natural extension of the conflict. Jordan should avoid having an outcome imposed on it by playing a central role in developing the resolution with other parties. Accordingly, Jordan should ensure that any settlement is conceived in Jordan. In fact, Amman should host negotiations and reconciliation talks for Palestine and Syrian settlements.
While this focus on regional developments is important, that importance is derived from the potential impact on Jordan’s internal situation that is currently very delicately balanced. Increased security risks caused by regional instability would only exacerbate the current economic hardship in Jordan. Jordan must take the opportunity to strategically position itself to leverage regional resolutions in order to manage the security risk but also to take advantage of future economic development from regional stability and transform the north of Jordan into an international commercial and industrial hub to rebuild Syria.
Dr. Amer Al Sabaileh

Posted by: Amer Al Sabaileh
View more posts
Impacts of Russia, West tensions in the Middle East
What can the US military intervention change in Syria?