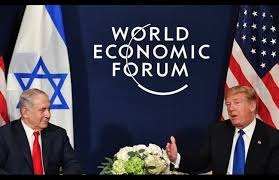 Comments Off on Is the region ready for the Economic peace?

The American administration decided to move its Embassy in Israel to Jerusalem on the 14th of May. While this can be interpreted as part of the US strategy to take a negotiating position as part of the peace process, it also provides Israeli Prime Minister, Benjamin Netanyahu a political victory at a time when he is facing several internal crises.

While the US is using this to gain leverage as a way to reopen the stalled peace process, there is currently not strong resistance to it. For Israel, moving the American embassy and recognizing Jerusalem as its capital is a very important step. However, increasing tensions on the ground is not in its interests, in fact, Israel should take an approach based on dialogue to achieve stability and pace.
While there is a potential opportunity for a regional peace process soon, bringing in other conflicts will change the nature of an agreed peace. A political solution from the Palestinian process is a lower priority for the US or even Israel, as they are now focused on a broader peace across the Arab countries.
Economic integration is a more effective driver of peace at the regional level, and is far more practical and influential, especially with countries that are suffering economic hardship such as Egypt, Jordan and Lebanon. The opportunity to boost economic activity and engagement could significantly shift priorities amongst those countries lacking development.
While a regional peace deal may be broader ranging, it is also complex, as it must include Syria in order to cover regional settlement deals. For regional security, Syria is also a key factor as it is currently the major source of instability in the region. Based on recent involvement, Russia will be key to maintain stability, and suggests that regional peace cannot be brokered exclusively by the US.
Any regional peace plan based on economic development will require a decentralized system that also puts greater control in the hands of the people in the region. This could require a wider geographical cooperation in order to be workable and to reduce the risk of further issues in the future. This will be difficult given the spread of refugees and the amount of land that is currently contentious. Agreement would be needed for areas that might share common potential elements, such as Gaza and Sinai, North of Jordan and the south of Syria, south of Jordan and north of KSA.
Given the current and evolving situation, the options for local and regional peace are limited, but there may be a path through the complexity. Jordan and Lebanon have the most the gain and the most to lose, and the process could be derailed at any stage along the way, especially given the security threats and in any process that produces losers, chaos is always a possibility.
Dr. Amer Al Sabaileh