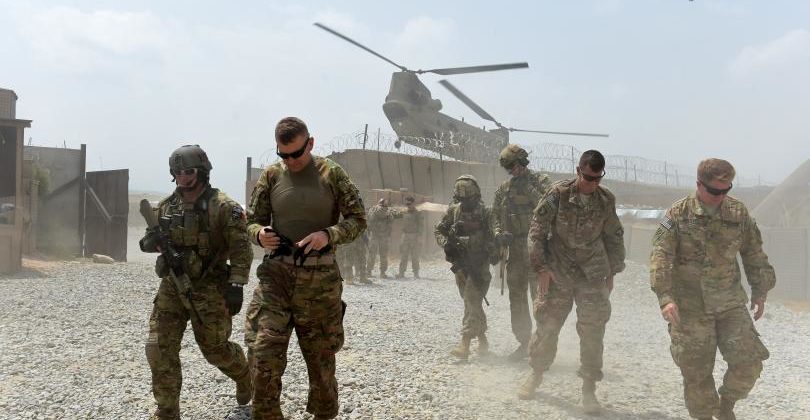 Comments Off on US Escalation in the Middle East
It is clear that the Trump administration in the US is adopting a new strategy in the Middle East that is far more engaged than the Obama administration.
This year the US position in Syria has been very aggressive both militarily and politically. This approach is likely to keep the crisis going, but it could also further spread the chaos across the region. US policy in Syria has the real potential to fracture the country that would at best result in a federation of states, which is exactly what Russian Foreign Minister Sergey Lavrov suggested after US promises to withdraw troops following the fall of ISIS;
“It’s very likely that the Americans have taken a course of dividing the country. They just gave up their assurances, given to us, that the only goal of their presence in Syria – without an invitation of the legitimate government – was to defeat Islamic State (IS, formerly ISIS) and the terrorists,”
The Russian Foreign Minister has expressed his concerns calling on the US not to “play with fire” in Syria and emphasized that the country’s sovereignty and territorial integrity must be preserved. He said: “Such fears arise when we get acquainted with the plans that the US is beginning to implement on the ground, primarily to the east of the Euphrates, on vast territories between this river and the border of Syria with Iraq and Turkey.”
The change in US policy under President Trump could lead to a spread of violence across the region, and as more groups join in countries like Iran and Turkey will be impacted on their internal politics and security.
On his recent trip to the Middle East, US Secretary of State, Rex Tillerson gave the impression that moving the US Embassy to Jerusalem is part of the peace process strategy for the Trump administration. Clearly Jordan and Lebanon are fundamental to any strategy around Israel and Palestine, which puts Secretary Tillerson’s meeting with King Abdullah into context.
Today, the major issues in the Middle East are centered on Syria, Iran, Hezbollah and Palestine. With the US return to Syria, and the obvious escalation with Iran and its allies, Jordan is key to US strategy. Further, the US is rebuilding its old regional alliances following Russia’s strong presence in the region. Given that we saw disagreement between Jordan and the US over the move of the US Embassy to Jerusalem, this meeting and the discussions that took place are pivotal to both countries. The US needs strong regional alliances and Jordan seeks reassurances from the American administration regarding its role in the peace process, in order to avoid political isolation, or a solution on at the cost of Jordan.
With the increased US presence in the region, we will see greater engagement to maintain their allies. Pragmatically, one of the most effective ways to ensure the relationship stays strong is through economic support related to internal development, especially given the economic crisis developing in Jordan, which if it were to continue would limit Jordan’s political options.
Dr. Amer Al Sabaileh